I had an interesting experience a while back that I would like to share.  I took a client of mine to view a home that was owner occupied.  We had an appointment and arrived right on time.  There was no one there at the house so I used the lock box key to enter.  We took our time viewing this home of about 1400 square feet.  It was nicely staged and very clean.  You could hardly tell that someone lived there.  It was a nice day, so we finished our conversation about the home out in front of the house.

So, I guess you never know who is listening in on what you think is a private conversation.  I don't really think this would be illegal but it certainly seemed unethical! Now I am much more cautious as to what I say when taking clients to any home.

Tags:
wa
be careful what you say bellingham

What an interesting event.  In California, it is illegal to tape someone without their knowledge, a case just happened in Sacramento where someone was illegally taping people staying at his home...

Wow - how low is low?   Thank goodness this is the exception rather than the rule.   What is that Realtor thinking?

What a weird experience!

I'll bet they got the idea of the secret taping from those redecorating shows on TV, where potential buyers or agents wander through the home making comments. And since it's the pre-fixed-up home they're commenting on, the comments are always negative. But there's a big difference between "reality television" (which, I'm sure, has dotted all the "i"s and crossed all the "t"s regarding legality, and sellers installing a hidden taping system.

Also, unfortunately, it may have something to do with the reluctance of many Realtors to provide feedback to listing agents. There are plenty of agents here who have expressed their strong opinion that they're not going to provide any help or guidance to a listing agent by providing feedback. So, it's got to be frustrating not only to the agent but also to the seller when multiple showings produce no feedback at all.

Hopefully, it won't have to get to the point, like you see in movies, where you have to go into the bathroom and turn the shower on to mask your conversation!

I guess we have been a little paranoid about this for some time, as we have been saying to buyers (before we enter a house) to hold their opinions, questions and feedback until we have left the property.

I would suggest that the listing agent and or their managing broker, may need a call from you managing broker to advise them that it is not only in-appropriate, abut may in fact be illegal to record people without their knowldge....

Heather - Did the listing agent know that the seller was taping everyone that goes through the house?  I think that would bother me more than just the seller doing it without the agents knowledge.

I am not sure if the agent knew that the sellers were taping everyone that went through the house, but he certainly knew after the fact that they were taping me.  He even told me that he listened to the tape.  I was a relatively new agent at the time.  I did talk to my Broker about it and many other people in my office, just to give them a heads up.  You just never know who is listening.

Heather - That's just weird that this agent would admit that they recorded you.  What buyer would ever pursue a contract after learning that. 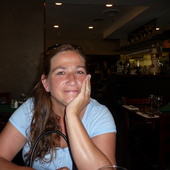