Douglas A. McIntyre of the Wall Street 24/7 wrote an article that was published on the start page for Yahoo this morning.  The above headline caught my eye...so I quickly scanned down to see who those industries were and was surprised to see my own profession.  Seeing, construction, cars, newspapers and airlines was not a huge revelation...but Realtors was.  Take a look at the paragraph below from this article:

9. Realtors. The National Association of Realtors reports that there were 1,370,758 Realtors in October 2006 -- the peak of the market. By the end of 2007, the figure was below 1.2 million. The number is below 1.1 million today and has continued on a downward trend. Home prices have dropped so far and so few homes are sold, that the ability to make money in the business disappears by the day.

Okay...I get it...there are less realtors than there were in 2006.  It does make sense based on what he said.  However, I don't agree with him that our industry may never recover.  Personally, I think that not only are we recovering...but we are getting better.  The number of Realtors does not determine the success or longevity of our industry.  Tough economic times weeds out the ones that are in it for the quick buck and leaves the cream of the crop...the ones that should be in the industry.

I will be the first to admit that I am struggling to make the money I used to back when I first started in 1994 and the years that followed.  But, I can confidently say, there's no other business I'd rather be in.  The good agents will shift with the times and use it to become better at what they do.  They will think outside the box.  They will work harder and smarter.

Douglas, I appreciate your take based on statistics...but I choose to believe the best is yet to come.

To read the entire article go to the following link:

The Ten American Industries That May Never Recover

I agree with you! I would rather work with fewer Realtors that have a greater commitment to the profession than with more Realtors who think that this is a get rich quick industry or a way to make some pocket change while the kids are in school.

I'm going to click on over and read the rest of the article.

There is no question the business is in the middle of a shift, but I believe our clients have never needed us more.  It's up to us to adapt to the changes and find new ways of adding value to each and every transaction.

Its the one benefit of the cyclical housing industry.  During the down cycle, we weed out a lot of the bad eggs in our industry.  When times are good, they all rush back in.

The people who are leaving or have let should not have been there is the first place.  The rate of attrition has nothing to do with survival, and everything to do with competence. Wishing you continued success.

If you look at the trend line from the '60s regarding the increase in the number of agents nationwide, it follows almost exactly the total number of houses sold.  The sub-prime boom created a boom in the number of agents as well.  The "decrease" is simply a market correction.  As long as homes are being bought and sold, there will be agents to help people navigate the process.

Thanks for all your comments...glad to know we are of like mind.  Norma...you're right that we need to continually find ways to add value to who we are and what we do.  We are more necessary than ever before.

I agree with you Ron and Alexandra...they shouldn't have been here in the first place...at least the ones who were in it for all the wrong reasons.

You're right, Daniel...the more homes there were to sell...the more agents in the game.  Alot of those agents gave our profession a bad name.  I am glad for this "correction" and the opportunity to hone our skills.

I completely agree.  The good agents will shift and become better.  It's good to "weed" the garden periodically.

Donna...there's no doubt that it's good to clear out the bad and hang on to the good...kinda like my fridge.  Which reminds me...I need to do that.  :) 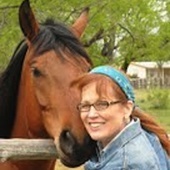