Habitat for Humanity of Washington DC has a great website at dchabitat.org.  Their mission statement reads: to eliminate poverty housing and homelessness in the nation's capital by building affordable, energy- and resource-efficient homes for people in need.  There are ways you can help by volunteering and donating.  Below is an article that highlights World Habitat Day, on October 4th.

Local and international events will help celebrate the 25th annual World Habitat Day on October 4. The United Nations designated the first Monday of every October to call attention to poverty and the importance of decent housing for everyone.

In celebration, Habitat for Humanity of Southern Santa Barbara will host the Tour of Green Homes on October 9, showcasing six Santa Barbara and Montecito houses boasting the latest green building techniques. Ticket cost for access to the homes on a self-guided tour is $25. A VIP tour will travel on a luxury bus and includes lunch and champagne, with tickets going for $125. All proceeds will benefit Habitat for Humanity.

World Habitat Day events closer to home include a candle-lit gathering on October 4 in San Luis Obispo's Mission Plaza, an old-fashioned block party on September 25 in Santa Ana celebrating the dedication of 18 new homes, and a Los Lobos concert on October 14 in downtown Ventura.

Today, one billion people - one-sixth of the world's population - live in slums and shantytowns, making them more susceptible to disease, crime, malnutrition, and natural disasters, according to Habitat. By 2030, the organization expects that number to increase to 2 billion people.

Santa Barbara's current Habitat work includes building an affordable housing site at 618 San Pascual Street. The 7,000 square foot lot will include four two-bedroom apartments that will house 14 people. The project is set for completion in December 2010 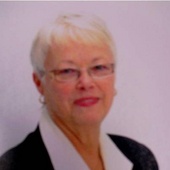