The housing market historically runs in cycles. It just so happens to be one of the worst housing cycles most of us have ever experienced in our career.

The middle of last year a report came out that stated foreclosure proceedings would peak at the end of 2010.  That article got republished, and updated that date stating the foreclosure proceedings would now peak in 2011. Experts believe that this is due to banks slowing down the foreclosure proceedings on purpose, so that they can work through their own inventories of default mortgages.  You may be asking, why is he mentioning this???  When it seems the worse has come and you find out that more is still on the horizon.  That only means we are pushing to the bottom.  Keep in mind historically house prices do not bottom nationwide until after foreclosure activity peaks in a certain area.  It is important to note that this is nationwide and some local areas have already peaked.

Even though all this information seems to be bad news, there is a positive sign to it.  It is called opportunity!  There are people buying homes in our area for $30k - $70k where 4 years ago you could not find a home for sale below $100,000.  If you did the house was sold before a sign cold get put in the yard.  There are several buyers that will be realizing big profits when this market makes the turn because they had the foresight.

Once the housing bottom has been realized officially by the market experts, we will more then likely be 1 year out of it.  Keep in mind that first-time homebuyers are in their homes an average 3 - 5 years.  Subsequent homebuyers are typically in their homes 5 - 7 years.  With that said we could possibly be back to somewhat of a normal market with in 3 - 5 years after the bottom has been declared.  I am by no means trying to call the bottom but if foreclosure proceedings peak in 2011 we could start seeing real increases in prices with in about 3 - 5 years after that.  House prices will go back up but it will take some time.   When it does those buyers that saw the opportunity and grabbed it will profit, while others will be watching and wishing they did the same.

There are opportunities in every market- you may need to change a little and diversify, but it's easy to stay ahead of the game a prosper.

Correct! People always move. We've had our best year in 9 years of real estate. Always finding a reason to move - the obvious, marriage, new baby, downsizing, divorce, death, care facility, flipping, renting, etc. All of these have come to us this year.

Half full is what we say. Good blog! 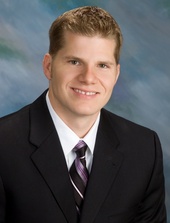