So last Thursday I was there with Gary Keller in a private mastermind he does with this REO network group I lead and he said something that silenced all of us.  He told me, "Seth, when you started this thing you had a 99% chance of failure and I thought you would fail.  These types of things don't ever succeed and you guys did it.  You guys have done something amazing and have gotten success at a high level."  Gary usually doesn't give out those kinds of compliments so we were a bit surprised.  Since then the members and I have been blaming each other for the success of the group.  Guess that's a good sign that we all are humble.  So I started to think about how we were able to accomplish the near impossible and how leadership impacted that.

I think of it like a ball rolling down the hill.  If I have to be in front pulling the ball because it won't roll then I probably have the wrong ball (product) because it doesn't roll and it needs to be dragged.  If I have to stand behind it and push the ball forward then I probably have the wrong people because they should be pushing.  Looking back, I've been more like two rails laid out on each side of the ball keeping it going in the right direction.  We have great people in the network that push the ball forward.  In fact it's a group full of super high producers that all run great businesses individually around the country.  That sometimes can be a problem because of as high entrepreneurial thinkers we have so many ideas that seem awesome but I've had to say no because it would have taken us off course.  So sometimes the ball gets pushed side to side and I give it space (as the rails) to bounce side to side but continue forward.  Sometimes I've had to get stricter (be more controlling) and move the rails closer together so the ball rolls on a tighter path but faster.  Sometimes I see a hole in the road ahead and put the rails together and carry the ball over the hole.  Then open it up for more space and ideas later.  Looking back there were times that some of those ideas that seemed brilliant at the time would have taken us way off to the side towards another hill even.  I think we would have gotten stuck in the grass on the side of the road trying to get to another hill - maybe that's what happens to the other 99%?  Not always popular with our members, I believe we should hit the bottom of this hill first and then go check out the other hills.

So I've just been a leader from the sides.  Keeping the ball rolling in the right direction flexing in and out giving more space and taking it away.  Knowing what to say "no" to has proven to be more important to our survival than what to say "yes" to.  Of course the most important ingredient is filling the network with amazing people who are all in culture and have a unified vision.  If you are struggling on getting your team moving, stop pushing or pulling and try leading from the sides it might work for you.

Show All Comments
Larry Lawfer
YourStories Realty Group powered by Castles Unlimited® - Newton, MA
"I listen for a living." It's all about you.

Congratulations and very nice descriptions on how you deal with the whole Sisyphus aspect of our career's.  I want some more details on what you did, please?  Did you achieve better results, did you get more leads, what?  Inquiring minds, you know...Thanks for the post.

We formed a nationwide REO group called Elite REO Network.  It's comprised of top REO agents from around the country who are very experienced, do high volume, have teams, and have many REO clients.  We share information, client contacts, mastermind ideas/systems, travel and visit our clients, build relationships, help each other get hired into new banks, etc.  We keep the group small and special. Quality over quantity approach.  Just experts who are awesome and pre-screened.  We turn down about 90% of the applications we receive.  We keep just one person per geographic area unless two members want to share a territory.

It's been very successful for our members. 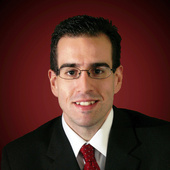 Real Estate Sales and Marketing over 10 years ago
bookmark_borderbookmark
I promise to lead generate 27 hours a day so I can...
View more Recent Posts   arrow_forwards