What a great way to get away from looking at New York apartments for a little while, and be reminded that New York City is amazing!  I joined a group of friends this week for a two hour sunset sailing cruise that traveled from Pier 17 at South Street Seaport, around the Statue of Liberty, and back.  Unlike the big Circle Line cruises, our trip was aboard the Clipper City, a 158 foot schooner built from the plans of the original 1854 ship that was built in Wisconsin. The original ship was decommissioned in 1890, but in 1984 naval architects rebuilt her, with modifications to meet modern safety regulations. The plans are in the permanent collection at the Smithsonian. She carries six fore-and-aft rigged sails, and two square topsails on two steel masts.  Oh, it also has a full cash bar.

It was a beautiful night, albeit a little cool; with a good, stiff headwind.  The sky was crystal clear, and the lights of the city were truly awe inspiring. The size and scope of New York can be best appreciated when you take a step back, and see it from this perspective.

This week is UN Week, and dignitaries are to be found wherever you go.  Our cruise was no exception, as it was complete with two gentlemen in blazers who had those little Secret Service clear earpieces, and sat on either side of some folks who were not dressed for a sailing adventure. However you're dressed, and where ever you're from, it's a great way to spend a couple of hours. Lou, that looks like a great way to have a few cocktails with friends with the sunset and city lights in the background.

It never gets old!

Louis, that's a wonderful cruise and creates some great photo opps!  Now that I no longer live in the City, I do some of this stuff when I visit.

I agree, sunset city cruises are amazing. I took one last year from Waterside Plaza that took us to Chelsea Piers and back.

If anyone has never been and live in NYC, you should hop on board at least once! 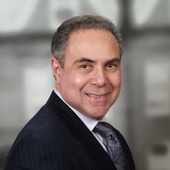