Home > Blogs > Forrest Arnold > Forrest Arnold's (lesforrest) Blog
bookmark_borderbookmark
Wow! About 2 weeks ago, I sent out an email about an on-line home auction here on Hawaii's Big Island ... the house is near a place called Puakea Bay Ranch on 4.4 acres = with a starting bid price of $399,900. This was dramatic since the house had been on market at over $650,000 & had gone to foreclosure. Many of my friends, clients & contacts were pretty excited about the process…and I was helping several to make bids. >>my clients Peggy and Leo were ready to bid—but for some reason the on-line auction site was not accepting their bid. So I went on the auction website—created an account & tried several times to enter a bid—seeing that there was a way to withdraw it later. After several tries—-hoorah! It accepted my bid of $415,000 & proclaimed me the high bidder. How cool! Not so cool—when I went to withdraw the bid, it revealed that the auction company decides if you can withdraw—not you. Five calls later, the VP of the auction house told me that some people put in false bids to mess with the auction results. He claimed that I might be faking a bid—and I might be on the hook for the $415,000. I was stunned--- Do not go there, dude. and after some arm-twisting, I made him see that I was trying to get him Buyers—not committing auction fraud. He finally says “Just this once, I’ll let you off the hook” & agreed to cancel my bid. It’s like going to a party and suddenly you’re in a wrestling match. Another day in the Real Estate Jungle… PS: On a more positive note: Larry & Orange recently finished remodeling at very cool plantation home near Kapaau—if you, your friends or neighbors would like to see a great Kohala home: Check Out the VIDEO: http://www.youtube.com/user/lesforrest#p/u/2/X-SxQkUzhKY
Like favorite_border
favorite_border 0
Re-Blog
repeat 0
bookmark_borderbookmark

That is silly. I wonder even if the contract says you owe the money that works with your State contracts.

I often wonder about auctions. There aren't too many around here but I'm sure when it comes to big purchases and technology, I'm not sure I'll always trust it!

Good question, Jeffrey--- I do know how stunned by client was when they heard about the 10% auction fee on top of the "winning bid" === they bailed out of the bidding immediately.

Hey folks, this ain't Craig's List --- there's real risk for us realtors in directing a client into the process.

Thanks for checking in

WOW! Thank you for sharing this almost dramatic deal. it is a wake up call. Thanks again!!

Wild huh?  Another auction house has now been hired to run the race again...and this time a detailed survey was provided that revealed giant lot line encroachments --- this is a mine-field when a client "wins" a bid then wants to blame someone for un-revealed issues.  Not sure if this is a risk worth taking! 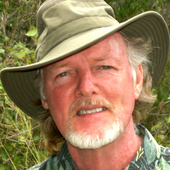