Back in the day, the waterways around Dataw Island were hotbeds of marijuana smuggling. The marijuana would come out of the Atlantic darkness on shrimp boats, which would snake their way up the backwaters of the Lowcountry to meeting spots not too far from what has since become one of the Southeast's premier golf communities.  Dataw Island rests on St. Helena Island, just a few miles east of Beaufort, SC, between our charming historic district and the Atlantic Ocean. The marijuana, they say, would be distributed near Dataw Island and neighboring Polawana Island, and then head inland via Highway 21, through the heart of downtown Beaufort and beyond.

This major marijuana shipping operation described above was real, and it resulted years ago in a major bust that would go down in local Beaufort lore as Operation Jackpot. If you live in Beaufort long enough, there is a very good chance that on a given day, you will encounter one of the many men involved in the operation. Long since having served their time, these are some of the most prominent men in the community.

As I stood on a dock along Jenkins Creek last night, just off Dataw Island, I couldn't help but think of how perfect a spot like that would be for smuggling. Years before Alcoa South Carolina began developing Dataw Island in the mid-1980s, this area would have been a pitch black (and pitch perfect) network of meandering creeks and waterways, all of which would be ideal for stealth and intrigue.  I filmed a 60-second video on the dock. With the full moon overhead, the smooth surface of a deep-water creek at your feet, and not another sound to be heard, I would not have been the least bit surprised to catch the eery silhouette of a shrimp boat gliding silently in the distance, just as it would have years ago..

For more information on Beaufort, SC, or the Beaufort, SC real estate market, visit www.ExploreBeaufortRealEstate.com. Thanks for coming out. 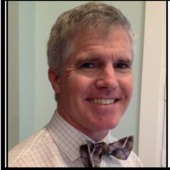