Yet another reason to move to Massachusetts...

If you are considering relocating, Massachusetts is a great place to consider.  Last month was the seventh in a row where Massachusetts saw job gains, adding about 64,000 since December.  The state is well below the national average when it comes to the unemployment rate.

Here are some quick facts:

In your job search, look into Massachusetts, and contact me to help with your housing needs.
Like favorite_border
favorite_border 0
Re-Blog
repeat 0
bookmark_borderbookmark

Let's hope we are on a roll Jason! 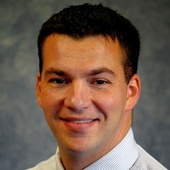