The Civic Associations were invited by the CRDA to participate in a Focus Group to determine if there was an interest for the creation of an "Arts District" in Atlantic City.  I had the opportunity to sit in on 2 of the Focus Groups and I also attended the Public Meeting at Carnige Hall on the creation of such a district.  Over the years there has been discussion with various groups to create a Performing Arts District in Atlantic City.  The CRDA contracted with a company, Artspace, to do a feasibility study to see if in fact there is enough interest among artists and groups associated with the arts to create and support such a district.  Artspace has been in business for over 25 years and has a great track record in building new communities from scratch or refurbishing existing buildings.  You can learn more about this non-profit company by visiting www.artspace.org. Through the Focus Groups the CRDA found out there is a large "Arts Group" in and around Atlantic City consisting of many individuals and scattered groups such as the Atlantic City Ballet, Martin Wilson Jr Art Center and many others.  By developing a Performing Art Center there would be live/work space, galleries, restaurants, festivals, etc. all concentrated in one neighborhood.  They determined that a concept such as this works and thrives in a neighborhood, rather than scattered throughout a City in various rehabbed buildings.  I spoke up at the meetings voicing my opinion that"Ducktown" is the perfect neighborhood to support an Arts District.  There have been rumors that the Historical Museum & the Art Museum may need to be relocated off of Garden Pier.  The new parking garage to be constructed at Fairmount & Mississippi Aves will have retail space on the ground floor, supposedly dedicated to businesses and non profits connected to the arts to support Dante Hall.  There was also talk at these Focus Groups as to keeping the History of Atlantic City alive. Ducktown was the home of the Italian Settlers of this great City and is rich with history. It is the perfect neighborhood for the creation of a Performing Arts District with Boardwalk Hall as the anchor of Ducktown, St Michaels Church, the heart of Ducktown and Dante Hall as the beginning of the creation of the Arts District.  With the support of the Italian Restaurants, Angeloni's, Angelo's, The White House and the famous not so Italian Restaurant  owned and now operated by the 3rd generation of Dougherty's, Doc's Oyster House.  As home of our Italian Bakeries Formica's & Rando's and may other long time businesses, Ducktown is a natural neighborhood to become the Atlantic City Performing Arts District. Creating this Artists Haven would also encourage some of the merchants who have relocated from Ducktown to return home with their butcher shops, Italian Food Markets and even a seasonal open air fresh produce market.  This is a very exciting project, started with the investment in creating Dante Hall, the remodeling of Boardwalk Hall, the widening of Mississippi Avenue, the expansion of The Walk and now the construction of a state of the Art Parking Garage.  The Arts, Ducktown & Atlantic City, "Perfect Together."  Let's make it happen.

I am  looking forward to your comments on this exciting development in Atlantic City.

It's always a "winner" for a community, when the arts are valued and venerated in this way. 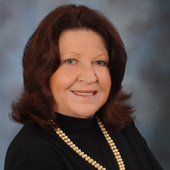