In the Midwest, Fargo / Moorhead MN/ND we have an opportunity for the builders whom can develop and build the lots and not have the special assesments put into the lot prices.  They would go along with the property as the builder gains an advantage in doing so.

So working with one of my REO Asset Mangers, whom doesnt understand a few things, I thought I would pass along this blog for some of you that may come into this misunderstanding as well.  I have even had a tough time with lenders not understanding this outside of our area and this can be frustrating to the outsiders looking and wondering if we are crazy and what we are trying to tell them makes no sense.

Ok, lets just use this for example.  2 Exact Houses sit side by side as a new development and both of the houses are for sale for $150,000.  They both have $30,000 of unpaid special assesments.  So, we look at the value as $180,000 homes.  So when we do BPO,Appriasals,CMA etc...  we have to take into consideration the specials on our homes around here.  Since the builder didn't build the price into the lot and home the specials sit outside but go along with the sale of the home.

Ok, so Buyer 2 buys the other home and purchases it for$150,000 but does not put the $30,000 special assesments into his loan.  So he owest the city directly each year for Installed specials until it is paid off.

If we all do the math, both of the houses are the same apples to apples!  So if we have to sell them or list them and they have no differences.  The listing price of one would be $180,000 and one would list for $152,000 and would have $28,000 in specials.  They are both selling for the same price.

My wonderful Asset Manager does not understand this theory.  She told me were not selling the house in 5 years from now.  I told her that is understandable, so lets just say this was 5 years ago and now they are selling there home.  She then said there company does not pay unpaid specials.  I told her due to our area and this is how they build lots and price homes, the houses still need to ultimately sell for the same price in this case scenario.  She said but they don't pay the unpaid special assesments.  I asked her and had her clarify if she understood these are not TAXes.  She then told me I was insulting her intellegence.  I then asked her if she could have me explain this to a co worker and maybe they could explain it to her.  She then got really mad at me and said she was the asset manager and nodody is going to talk with me except her.  So as far as the conversation went, it was pretty made up in her mind that I made no sense.

Needless to say, I still have the house listed and she still does not understand this still.  She asked me why I didn't put the Specials into the formula on the BPO, and I told her there is no line item to add it.  Many of the BPO's we do and REO listings do not offer a line item for Specials because we are probably the onlyl place in the country that does this.  It is an advantage to the builders and also to buyers who can get a lower loan amount and qualify carrying the specials with he property and paying them off yearly to the city, still a wash!

So my conclusion is, she is still sitting at her cubicle making financial decisions for her Bank and we wonder why our society came into some of the economic problems and banks needed money from the government!  Or so I would like to think sometimes.

Tags:
special assesments too confusing for some a must read

Thanks for the post and explanation. Have a great day. 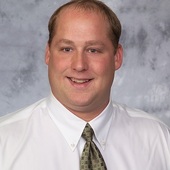