In times like this, you'd think the new construction developers and such wouldn't want to screw over Realtor's.. right??  Not...  Here is a brief letter of explaination that I wrote to the developer and to the Broker of the sales associates.  Keep in mind, policy at this development is if the Buyer puts your name on the registration card, you are protected.  (Unless they screw up that is)  Read on...

Recently we experienced a very unfortunate situation regarding the sales center staff at (property) in St. Petersburg.

After a very long day showing our Buyer new construction in downtown Tampa and St. Petersburg, we drove by (property).  Having shown other prospects units in the building, we thought it might be a perfect choice for him.  Upon doing a search in our local mls system, we discovered that the least expensive 2 bedroom unit available in mls was $25,000 over his highest price range.  We drove by the building anyway, explaining the 2 bedroom units were out of his range, with our knowledge of what was available for us to show via mls.  This was Friday, July 6, 2007.

On Monday morning we called the sales center and spoke with xxxxxxxx, we asked if it was possible that any units in his price range had come back on the market, and were available for sale.  We also asked if she could send some information to our Buyer, as he was back up north, and to register him.  She agreed, and we gave her his information.  She immediately called back and claimed that he already had been in 2 days prior and had listed us as his Realtor. She then explained that, as usual, we were fully protected as his Broker.  She let us know that he had met with yyyyyyy, and that he was interested in a few of the units, and specifically which ones.

She went over the different commission structures, some offering 10% and some 3%.  In the meantime, we gave our Buyer several options for good lenders to work with.

On that Wednesday, we visited the center to get acquainted with the units he liked.  xxxxxxxx was in, and acted very nervous and busy when we told her who we were.  She did, however, say that she would let us know which units he liked when she returned from her pending appointment.  We called her later, and she basically said that we had a "situation" that she needed to distance herself from.  We asked her to please send over the registration card with our name on it for our records.  She agreed.  (Although we never received it). She said that we needed to speak with Ms. yyyy directly.  (Whom to this date has never returned a phone call or email from us) xxxxxxxx went on to explain that there was a misunderstanding in the pricing structure yyyy quoted to the Buyer.  She claimed that they have 2 sets of pricing, 1 with a Realtor protected for a commission, and one without (she said 5% less on the price with no Realtor involved).  For some reason, we believe that yyyy chose to quote the latter prices.  It is very obvious to us that either yyyy felt the only way to make the sale was to quote the lower price, or she was just plain incompetent.  We then called the marketing director, zzzzzzzzz, regarding this matter.  She called us back and acknowledged that, indeed, our name had been written down as the Buyers Realtor on the registration card, and that she would investigate further.  The Buyer used the lender we recommended, and as such we were contacted from such lender with questions regarding monthly association fees etc, as he had called the sales center, but never received a call back from them, at that time.

Our last contact with yyyy and zzzzzzz was through a forwarded email from the Buyer stating that she wanted us to stop calling, and that we were not representing the Buyer.

One has to think about the practices that (property) is adhering to.  In all the years we have been in business, we have never run across a developer that had 2 sets of prices, 1 with Realtor representation and 1 without.  It is obvious to us that this Buyer had been told that he would receive a much better deal if he agreed not to use us.  Had this been his intention all along, he would never have registered our name on the card in the first place.

In this volatile real estate market, it is interesting that (property) would risk alienating the Realtor market, when there is plenty of available inventory for us to show our Buyers.

We would appreciate your thoughts on this.

Show All Comments
Rainmaker
1,041,881
Charles McDonald
Charlottesville Real Estate Solutions - Charlottesville, VA
REALTOR®, Blogger, Principal Broker®, Owner
The dual practice is where the root of the problem seems to be. I can not understand a builder or developer doing such a thing.... please post the outcome on active rain, we are interested.
Aug 29, 2007 06:47 AM
LIKE
#1
Rainer
5,509
Dan Charette
RE/MAX Metro - Saint Petersburg, FL
will do..
Aug 29, 2007 06:56 AM
LIKE
#2
Ambassador
2,745,009
Lenn Harley
Lenn Harley, Homefinders.com, MD & VA Homes and Real Estate - Leesburg, VA
Real Estate Broker - Virginia & Maryland

Builders have always given benefits to buyers with no agent.  Some just don't admit it.  Any time a buyer is interested in new constructin, the agent cannot let the buyers even talk to the builder, receive any information or anything until the contract is written and accepted.

Otherwise, you have no protection.

I've got a major builder now, Toll, who is trying every trick in the book to deny my fee.  But, I've done every single thing required to be the agent of record for the fee.  They've even invented new forms to narrow the broker registration.

I have procuring cause on this one because I accompanied the buyer when they visited for first time.  But, since the builder is not a member of the board, I'd have to sue them to collect.  Probably not worth the legal expenses.

I'll find out in January when the house is finished.

Aug 29, 2007 07:01 AM
LIKE
#3
Rainer
11,886
Jeremy Cowin
Jeremy Cowin Appraisals - Altadena, CA
As an appraiser, I have been given different data sheets for optional updates/upgrades etc from the Sales Office of new construction.   Info in the "appraisers info packet" and info in the Realtor/Borrowers packet had a completey different set of prices for the SAME OPTIONS/UPGRADES.  When I asked the sales office about it, I was told that it was a mistake, and they got all nervous as well.  I disclosed both price sheets to the lender and within a 2 days the deal cancelled.  Can't imagine why?!
Aug 29, 2007 07:03 AM
LIKE
#4
Rainmaker
571,818
Bill Gillhespy
16 Sunview Blvd - Fort Myers Beach, FL
Fort Myers Beach Realtor, Fort Myers Beach Agent - Homes & Condos
Dan,   Seems the developer, for whatever reason, has tripped himself up and now hopes you will go away.  You are also right about this market and the developer should just eat the mistake and retain the goodwill of agents like you.
Aug 29, 2007 07:03 AM
LIKE
#5
Rainer
5,509
Dan Charette
RE/MAX Metro - Saint Petersburg, FL
How sad to see that this practifce is so wide spread.  The IRONIC thing about MY situation is that the Buyer is paying $25,000 more than the condo initially went under contract for!!
Aug 29, 2007 07:04 AM
LIKE
#6
Rainmaker
312,235
John Occhi
Mason Real Estate - Temecula, CA
SRES,CPRES.ePRO - Temecula-Murrieta CA Real Estate

let the deal close sand then sue for your commission.  Send a letter to that effect now that this is your plan.

Now Have a Blessed Day,

If I ran into this type of situation, I would be sure that my local board (and any nearby boards) notify the membership of this "ripoff of the buyer" practice. Charging the buyer for their right to representation is unfair to the buyer and an insult to the real estate community.

Most good builders have a strong indication before they start of how many units will be sold in-house versus co-broke and build that into their initial pricing structure. Sounds to me like someone is having trouble selling their units and will do anything for a buck.

No response as of yet...  Go figure.  Too bad the developer isn't a member of our board.

I have heard word from my Broker that the developer / sales agent have agreed to pay.  This was a week ago friday, and no check yet.  Hopefully they will do the right thing and stand by their word.

Ill let everyone know the final (I hope positive) outcome! 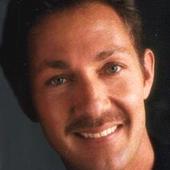