RISMEDIA, September 29, 2010--Home energy efficiency is valued by the vast majority of American homeowners, with 89 percent of national survey respondents indicating that making their home more energy efficient is important to them personally.

Key findings from the September 2010 national survey include:

* Less than one in three homeowners believe their homes are "very" energy efficient
* While the majority reported knowing "a lot" about how to make their homes energy efficient, they mistakenly identified "older windows" as the top energy-loss culprit
* 90% said it is important to have a professional energy auditor who is "certified by an independent national organization"

"These findings are a call to action to the industry to help consumers tap into the true value of an independent energy audit," said Steve Baden, executive director, RESNET. "While the benefits of window replacement are obvious, it is often a less visible and less expensive repair – for example, sealing cracks around air conditioning and heating ducts – that can significantly improve a home's energy efficiency and cut homeowners' utility bills."

D.C.-based Clarus Research Group, a Qorvis company, conducted a market survey of 800 U.S. homeowners(1) on behalf of RESNET, an industry leader in the energy efficiency marketplace. The sample was defined as adults over 21 years of age who currently own a home or plan to purchase one within the next year. The survey was conducted by Ron Faucheux, Ph.D., president of Clarus and a nationally recognized research and polling expert.

Key among other survey findings:

* 86% of homeowners would trust an energy audit performed by someone who was "certified by an independent national organization" over someone who was not
* 80% of those surveyed said that if they were in the market to buy a home, an energy audit conducted by an "unbiased professional" would be important to them
Like favorite_border
favorite_border 0
Re-Blog
repeat 0
bookmark_borderbookmark

I've always wondered who they survey.  I've never been surveyed.  Do they just make this stuff up?  My clients are concerned about energy costs, but most don't even know what makes a home energy efficient.  It is interesting when I educate them, and the are like "WOW!" 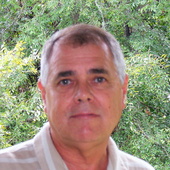 over 11 years ago
bookmark_borderbookmark
For Your Clients: What You Should Know Before Buyi...
View more Recent Posts   arrow_forwards