· Bullying is an intentional act. The child who bullies wants to harm the victim; it is no accident.

· Bullying involves repeated occurrences. Bullying is not generally considered a random act nor a single incident. Rather, a child is repeatedly picked on by another child or is the target of harassment from a whole group of children. It is the repeated nature of bullying that causes anxiety and apprehension in victims, such that the anticipation of bullying becomes as problematic as the bullying itself.

· Bullying is characterized by a power difference; an unfair fight where the child who bullies has some advantage or power over the child who is victimized. Bullying is not the same as "playing around," it is about the abuse of power.

I am not sure how to reference this blog other than to say ok you have defined bullying. Maybe another post would help?

Or maybe for me another cup of coffee

David, I have to assume you are tying this into a number of other Realtors that try to be intimidating and are one sided.  They do not work as a TEAM to make a sale come to fruition because of their own personal stubbornness. They work more for themselves then they do the client.  That is what I call "bullying".

Bully's are often raised that way to, they often become telemarketers lol

You find them everywhere in life, lately they have been in the fast lane on the highway. 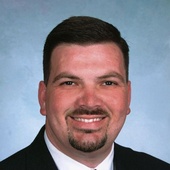