Cities have history, and housing has trends, and if you want a particular type of home, you will do better looking in the areas where they built a lot of them. So this post is for the relocation buyer planning on moving into the Greater Seattle area - a story of how the Seattle housing market developed, and how that affects the kind of home you might find in a particular area.

From a housing stock point of view, there is little left of whatever homes were built in Seattle from its founding in 1851 to about 1900 other than some gorgeous Victorians on Capitol Hill and Queen Anne. Seattle was a lumber town, and also for a few years a coal shipping port from the mines at Newcastle.

There was rapid growth in the first 30 years of the 20th century, particularly in central Seattle, Capitol Hill, Queen Anne and Magnolia, with both mansions and lots of everyday houses, including emergence of the craftsman style which continues to be very popular even in today's new construction. In the 40's and 50's, Seattle expanded rapidly north toward Lynnwood and south toward Renton, with Renton getting a particular boost with Boeing during World War II. The east side of Lake Washington was served by a few ferries, or a long, hard drive, and was mostly small villages and vacation/getaway homes. By the late 50's, most of Seattle was built up, there were lots of apartments in the denser urban areas, and many 'charming mid-century ramblers' were built.

The first floating bridge to provide a real path to the eastside was built across Lake Washington in 1940, about where I-90 is today, and development of Mercer Island and Bellevue commenced. From a housing point of view, most of the housing on the Seattle side of Lake Washington is at least 50 years old, built in the styles of those times, usually with nice formal rooms like living room and dining room, tending toward pretty utilitarian kitchens and baths, and often with a basement - usually finished out and incorporated into the living space by now.

Development on Mercer Island and Bellevue, including Medina and Clyde Hill, and Kirkland proceeded pretty rapidly during the 50's and 60's, and the typical housing style was a rambler, or a 'daylight rambler' on a hillside, and basements were uncommon in that era.

Housing styles changed rapidly in the 70's with the popularity of natural wood (usually cedar), exposed beams, and big windows - perhaps influenced by the spectacular house in the great 1959 thriller film North by Northwest with Cary Grant, Eva Marie Saint and James Mason.

The other major housing style to emerge on the eastside in the 70's was the split-level, a new design with the entry at mid-level, and living spaces either a half-flight up or a half flight down. Another common design during this period was the tri-level, a very livable and still popular design for sideways sloping lots.

This period saw development of all of east Bellevue, all of south Redmond, and the northern end of the Sammamish plateau, and styles were pretty consistent up until 1985.

In 1985, seemingly overnight, a major change in floor plans occurred, with almost every builder adopting a style of larger master suites with multi-part master baths including a walk-in closet, two sinks, and in many cases a separate tub and shower - leading to the term '5-piece bath'. Along with this emphasis on larger master suites was an emphasis on larger, entertainer-style kitchens. The key to this little dissertation is that if you want a more spacious 'modern' style master bath, you need to be either looking in areas that were developed post 1985 or settling for a much smaller number of candidates that were custom built or have been extensively remodeled.

The late 80's and early 90's saw the development of a whole semi-circle of large-woodsy-lot mostly two-story homes with brick trim all through the Woodinville/north and east Redmond, south Sammamish and Lakemont areas.

The Lakemont area in south Bellevue is an unusual case of a whole major development area being more recently built with modern floor plans but still very close in to I-90 and the city cores, enabled by the late-80's construction of Lakemont Boulevard which opened up the whole north face of the Cougar Mountain area.

The other notable development of this period was the large master-planned community of Klahanie, on the south end of the Sammamish Plateau near the town of Issaquah on I-90. Klahanie has matured into a lovely and well-balanced suburban combination of single-family homes and condominiums with its own elementary school, parks, trails and shopping center. 1989 was the archetypal year of this period with Seattle being named the top urban area in the country to live, heavy in-migration from California, and housing price appreciation of over 20%. But the large-lot party came to an end that year with the passage of the Washington State Growth Management Act, which mandated zoning to limit urban sprawl and promote city-centric development.

By the mid-90's most residential development had become focused on smaller-lot higher-density developments. The homes were often just as large as before, but lot sizes were commonly down to 6,000 - 8,000 sf. The next ring outward of new residential development was in south Snohomish county, north Woodinville, north Redmond, central Sammamish plateau, Newcastle, Renton Highlands and Maple Valley. Toward the end of the 90's, the high-rise condominium ball got rolling, with major projects started in the Belltown area of downtown Seattle and the central area of downtown Bellevue - permitting a 100-unit high rise in the city had now become significantly easier than permitting a 100 house residential development in the suburbs.

Substantial new single-family residential development today in King County is pretty much focused in the large master-planned communities that were at least partially permitted before passage of the Growth Management Act - Redmond Ridge, Issaquah Highlands, and Snoqualmie Ridge, plus the more recent development of the Talus community on the west side of Issaquah. Other more traditional fill-in plats are being done in south Snohomish County north of Bothell, in Renton Highlands, and in south King County; almost all of this is small-lot, high-density development.

There is also major private re-development going on in Seattle, with numerous projects on the south side in the Rainier Valley area along the route of the new light-rail system, and on the north side with townhouses in the Greenwood area just north of Green Lake.

The decade of the 2000's also saw the development of quite a few major condominium high-rise projects in Belltown on the west side and Bellevue on the east side, with the emergence of Bellevue as a true urban center and the major expansion of east side corporate jobs at places like Microsoft, Expedia and T-Mobile.

With the growth of the tech company job base on the east side, traffic has become a significant issue, with cross-lake commutes and traffic volumes now becoming almost equally heavy in both directions - certainly another factor in the home and neighborhood selection process.

We sometimes kid about there being a house-culture difference between the eastside and the westside, and an example often quoted is that when eastsiders are going to update their home they usually use the word 'remodel', and when westsiders are going to update their home, they often use the word 'restore', thus reflecting the substantial differences between the housing stocks on opposite sides of Lake Washington.

We hope this has been a helpful bit of housing history for you as you begin your Greater Seattle home search. Please call if we can help.

I have never visted Seattle bit would definitely like to go there someday in the near future. 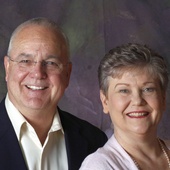 A blog about homes, real estate and other interesting things to see and do around Greater Seattle, Bellevue and the Eastside - designed to help people who are thinking about buying, selling or relocating in the Greater Seattle/Bellevue area by providing timely and accurate real estate market information, neighborhood, commute and schools information, and tips on interesting and worthwhile things to see and do.