Cody Battershill is one local agent I may reblog often.   He passes on the stuff I have very much an ear for - as do many Albertans.

Its interesting to think about which countries in the world have the biggest oil reserves and how that even affects us. (Canada is #2 - See top 10 below) I find it interesting from an economic and security standpoint that Canada is the only country in the Top 5 that is not in the middle east. Not to mention Canada shares the worlds longest undefended border with the worlds largest oil consumer (the USA).

World oil consumption is increasing, Political tensions in the Middle East are high especially with Irans nuclear ambitions and with the recent Gulf of Mexico disaster governments are looking with increasing scrutiny at off shore drilling (especially ultra deep off shore drilling which has been billed as a major source for increased future oil production.)

Why does any of this even matter? Well everything in our modern lives is only made possible because we have learned how to harness the energy and creativity stored within oil. We have learned how to explore, produce, refine and use every last drop of each barrel (bunker fuel which is used in shipping is literally the bottom of the barrel). Canada's oil reserves are extremely important for the future security of North America and the maintenance of our collective lifestyle. Have you ever thought about what would happen if the middle east turned off the taps? What if shipping was affected by submarine attack and naval warfare as in world war 2 ? What if there was no gasoline available anywhere within 500KM ? Everything from the transportation of food to the production of plastics and pharmaceuticals would be drastically affected. Our cherished "western" way of life would be brutally and shockingly disrupted. Canada on the other hand is a safe, solid, politically stable, friendly, NATO member country located in North America, occupying the worlds second largest country by land.

On a local level Alberta is home to about 95% of Canada's oil reserves. Calgary is the largest city in Alberta and is the home base of energy companies. Calgary has the second highest concentration of head offices in Canada, no provincial sales taxes, free universal health care and enjoy's a quality of life that is hard to rival anywhere in the world. Last year Calgary ranked 5th best city to live in the WORLD by the Economists livability survey.

Looking at the top 10 countries by oil reserves puts things in perspective. Additionally Canada may be #2 in world oil reserves but more then just having reserves, you must be able to produce those reserves.  Canada is the only country in the TOP 10 that is really, truly open to investment. Think: Russia, Venezuela, Iran, Iraq, Nigeria... all of those countries have political interference or armed conflicts affecting who can invest how much in producing oil from their reserves. Major oil projects take 5-10 years to bring on stream. Canada on the other hand has almost every major oil company worldwide working in some capacity to develop Canada's estimated 178 Billion barrels of oil.

Another major variable that is of significant importance to the past, present and future development of those 178 billion barrelos is the main buyer of that oil is America. The US consumes about 1,956,000 barrels of oil/day from Canada and 5,954,000 barrels of oil per day from OPEC member countries. Saudi Arabia is the second largest supplier of oil to the US after Canada. One way to reduce American dependence on foreign oil and bolster national energy security is to get as much oil as possible from friendly, easy to access countries like Canada. The Oil Sands currently produce around 1.5 Million Barrels of oil per day with estimates of a potential production level of 3.2 Million barrels of oil per day by 2020.

In my opinion Canada is a world oil superpower. What do you think?

More on the Oil Sands

1. Saudi Arabia - Located in the Middle East, All oil must be shipped by super tanker to port

6. Venezuela - Political interference of foreign countired, Not open to investment 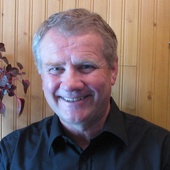