I don;t know about you, but I've always thought one of the main premises and strengths of our great country is encapsulated in the RIGHT and PRIVILIGE of homeownership.  Apparently, Bank of America has a different idea, one which puts a specific cap on the percentage of Americans who could and should actually own homes--from The Wall Street Journal:

NEW YORK - Sept. 29, 2010 - Analysts from Bank of America have a unique proposal: Instead of further funding TARP to help distressed homeowners hold onto their properties, give the money to property management companies that would then buy property and turn it into rentals.

In a recent research paper, Bank of America analysts suggested that the government spend as much as $400 billion to encourage property management companies to buy properties and rent them out. That, according to research, would bring the homeownership level to "a more natural level of 62 percent to 64 percent" from its current 67 percent.

Under Bank of America's recommendation, investors would be prevented from reselling the properties quickly.

I have an even better idea:  Instead of further using TARP funds to bail out huge corporate entities such as Bank of America--why not use them to help bail out some of our small businesses* who rely on income from rental properties?  Not just "property management companies", but private residential (SFR)investors...

*AKA:  'greedy landlords' currently forced into bankruptcy and foreclosure due to non-paying tenants and costly evictions.

What do YOU think? 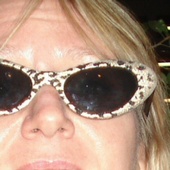 All things Florida and Tampa Bay--from the area's natural wildlife, to the local wild nightlife! Tampa Bay Real Estate - Suncoast Homes for Sale in St. Petersburg|Tampa|Clearwater|Palm Harbor|Trinity|Gulf Beaches|Safety Harbor|Crystal Beach|Ozona|Oldsmar. By Referral Only means telling someone you care for about someone you respect~ Please Don't keep Me a Secret!
------------

Click here to check out
The Suncoast Sailing Meetup Group!