If You Wanna Smoke 'Em You Gotta Have A Fire!

Remember the old saying; "Where there's smoke, there's fire."? Sometimes that's just not true.  If you don't believe me then follow these instructions:

Step 1 - Build a fire.  I'm talking a really good flaming fire.  Pile that wood up and let that flame grow. Yes, you'll certainly have some smoke in the beginning, but have patience and you'll see a raging inferno.

Step 2 - Deprive that raging inferno of oxygen and fuel.

Fire without fuel and oxygen will die out.  So answer me this!  When a once raging fire begins to die out, what happens?  Of course!  It begins to smolder and results in smoke.  Is the fire still there?  It's essence remains but without oxygen, the addition of fuel and a little effort to stoke it, the flame is unrecognizable.

So you ask, what does this have to do with "If You Wanna Smoke 'Em You Gotta Have A Fire?  I mean are these the rantings of a person who has lost touch with reality?

When I say if you wanna smoke 'em you gotta have a fire I'm referring to barbecue. That's right, gool ole southern style, low and slow barbecue.  A cooking style that goes back hundreds, maybe thousands of years.  But to smoke 'em right you gotta have the right fire.

I'm a Kansas City Barbecue Society Certified Barbecue Judge and believe me I know great 'Que and to make it you gotta have fire and you gotta have smoke.  So in addition to good 'que, anything we do well in life requires that we have a real burning fire to do it.  At the beginning of most endeavors we have a passion or "fire" about what we're doing.  As time passes however, our fire begins to wane.  Cools down and grows dim.  If we don't add fuel and our endeavor is deprived of oxygen, it will begin to smolder and smoke and we'll be unable to create great 'que or whatever other great thing we're trying to create.

Why am I rambling on like this?  It could be because I'm a person who has lost touch with reality. However, I believe it's because I don't want you to lose your fire for whatever your passion is.  I want you to remember that you must stay focused and constantly learn (fuel); you must apply that focus and learning to your endeavor (oxygen). Most of all, if you begin to see wisps of smoke, you need to stoke that fire and raise the temperature to a point that perfectly cooks that 'que or helps you accomplish and sustain your goals and dreams.

If you wanna smoke the competition, or 'que and achieve your dreams, you gotta have a fire. That's all I'm sayin'!

Hmmm BBQue, I was wondering what to have for dinner, and now I know. I have the makings for cole slaw and mac and cheese and a slab of ribs in the freezer. The ribs were rubbed with a coffee, chocolate, salt and garlic rub, then smoke for 4 hours and are delicious.

I will save this post to read later when I am no longer hungry. Then I will be able to appreciate your message.

Thanks Kathy! I know what you mean.  Sometimes just the thought of bbq makes my mouth water.  I just love it! 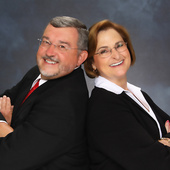