WASHINGTON - The U.S. House passed a NASA authorization bill late Wednesday that provides new direction for the space agency after months of fear over aerospace job losses and program uncertainty.

The compromise bill funds the International Space Station through 2020, schedules another space shuttle mission in 2011 and dedicates $1.3 billion over the next three years to spur commercial development of a low-Earth orbit vehicle for astronauts and cargo.

NASA will focus research and development on creating a heavy-lift rocket and crew capsule for deep-space missions including Mars.

President Barack Obama will next review the bill. He is expected to sign the legislation.

"This important change in direction will not only help us chart a new path in space, but can help us retool for the industries and jobs of the future that will be vital for long term economic growth," NASA Administrator Charles Bolden said.

"The men and women who work for NASA and the Johnson Space Center have worked for too long under a cloud of uncertainty as a result of insufficient funds, constantly changing goals and a government that has too often second-guessed the past instead of embracing a clear vision for the future," Congressman Pete Olson, R-Sugar Land, said. His district includes the Johnson Space Center.

"This moment would not have been possible without the strong, bipartisan commitment to NASA that exists in the House," Olson said. "I also applaud the efforts and commitment of Sen. Kay Bailey Hutchison in getting an authorization bill through Congress.

Read more in Friday's edition of The Daily News.

This story was brought to you thanks to khou.com's partnership with The Galveston County Daily News.

This is good news.

Compared to earlier reports on NASA this sound like a step forward to the good.

Great info Kimberly and nice to see one more space shuttle mission in 2011.

Congrats on being featured Kimberly.  We have a ton of people from Houston come up to Steamboat where I live so we should compare notes sometimes.  Everyone is so nice there.

Great Post Kimberly! Nasa needs this badly and people don't understand how much we need Nasa!! 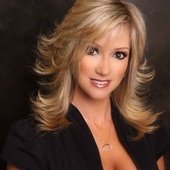 News about the HoustonBay Area and expert advise for the sournding areas including League City, Clear Lake, Kemah, Friendswood, Pearland, Seabrook, and Houston.