Iron Horse Park in Airdrie, Alberta just north of Calgary, may be required to re-locate in 2016 when its lease up on the real estate it leases from the city of Airdrie.

While the City of Airdrie is going to need the parks site for other city expansion in 6 years, Airdrie administration is trying to give Iron Horse Park as much notice as possible.
Unfortunately, officials from Iron Horse Park Airdrie believe that due to all the infrastructure that has been built into the site, it would be extremely difficult to move to another location. It is a real possibility if land has to be returned to the City of Airdrie then it may close down permanently. It is estimated it could cost up to Five Million Dollars to recreate the same infrastructure in a new location.

What is Ironhorse Park?
Iron Horse Park is a re-creation in miniature of the railway pioneer days in the Canadian West. When complete there will be a 1.6 km miniature train interpretive journey for kids of all ages. The journey will represent the Canadian Pacific Railway from the prairies to the coast. The trip will climb mountains, cross trestles, through tunnels on both steam and diesel locomotives. Along the route you will travel past small scale farmsteads, towns and industries typical of the area.
On a typical weekend, the park has approximately 400 visitors – about half of which are from outside Airdrie.
Like favorite_border
favorite_border 0
Re-Blog
repeat 2
bookmark_borderbookmark

Thanks Bill  - As a newbie, and close by, I love learning about the commuties I may be working in - and your post is an interesting tidbit.  I am one of those Albertans that had perhaps a tainted vision of Airdrie in the past.

It is a great community - and treasures like Iron Horse Park must be managed well.  Relocation ???  ...  I want to visit there to get my own impressions.    -  Len 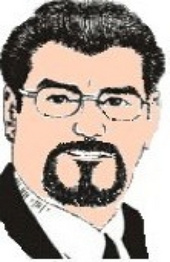