RISMEDIA, October 1, 2010--(MCT)--Q: My daughter recently obtained estimates for replacing 17 windows in her home, which is more than 50 years old.

One contractor mentioned the Environmental Protection Agency's new requirement of lead-paint precautions, containment, and other things, which would add $500 to the project cost.

He also stated that she could first test for lead paint ($60), but because of the age of her home, the house more than likely contained lead paint.

The EPA website was a little confusing and wordy, so I'm not sure if she is required to follow the EPA guidelines. She has no children and no plans for them in the next few years.

Only one section of four connecting casement windows in the living room will be removed and replaced with three regular double-hung windows.

This will require removing and replacing some old woodwork. The remaining windows throughout the house will be normal window replacement.

Can you explain the EPA regulations so we will know if the lead paint precautions are needed or not?

A: I'll try, although a series of postponements and lawsuits have turned the situation into a minefield of contradictory information.

Originally, a law was passed to require contractors who "disturb lead-based paint in homes, child-care facilities and schools built before 1978 to be certified and follow specific work practices to prevent lead contamination."

Although the law applies to 79 million houses, just 38 million of those are believed to have lead paint.

That law took effect April 22, but in late June, the EPA said it would delay enforcement of the law until October because there weren't enough government-approved trainers needed to certify thousands of contractors.

That enforcement deadline has now been extended to Dec. 30. By early July, 320,000 contractors had been certified.

That's one problem. The next one relates to your daughter's decision to have children at some point down the road.

The law had an "opt-out" clause that allowed consumers to permit contractors to bypass extra preparation, cleanup and record-keeping requirements in homes where there were no children under 6 years old or pregnant women, thus avoiding additional costs.

That provision expired July 6, and the EPA had no plans to reinstate it. The National Association of Homebuilders and others filed suit to force the EPA to reinstate the opt-out rule.

If that rule had been in force, your daughter could have chosen to bypass the law.

The law states that a hazardous condition exists when lead-paint dust is present on a floor to the extent of 40 micrograms (one millionth of a gram) in a square-foot area.

Another way of expressing it is if a square centimeter lead-based paint chip were ground into dust, it would (by EPA standards) contaminate 25 square feet of floor space.

The feds require the "proper" containment and cleanup when six or more square feet of lead-based paint will be "disturbed" in a home.

The EPA suggests consumers ask to see certification before they sign a contract.

Since December 2008, remodelers have been required by law to supply a brochure to customers outlining the dangers and rules.

The thing I find most interesting is that your daughter's contractor says that the cleanup will add $500 to the job.

According to the homebuilders' association, a complete window replacement requires the contractor to install thick vinyl sheeting to surround the work area both inside the home and outdoors - with prep time and material costs adding an estimated $60 to $170 for each window.

By the builders' estimates, remediating the lead would add $1,000 to $3,000 to the job, if 17 windows are involved. I'd say that if the contractor's estimate is in writing, $500 for the entire job seems like a bargain.

Both sides acknowledge that there are differences in estimates of what meeting these requirements will cost the typical consumer. Make absolutely certain of what the real costs are before signing a contract. 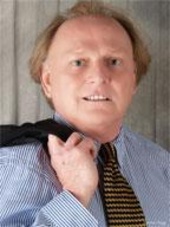