I promise that it is not my fault and I did not do it!

Boy, I feel like saying that several times a year when I get that call from the listing agent when the buyer did not buy the home because of what was found during the inspection.

As a home inspector we find all types of things that might not be in our area of expertise, but it does not take a rocket scientist to know that it is a problem.  Today I received one of those calls from a listing agent who was upset that I reported on what she called minor insect damage to a home.

I'll let you be the judge, this is a picture of what she called minor insect damage. This is damaged that has been caused by what are commonly called Carpenter Bees!  They carve out a hole or channel for their nest.  This is a section of soffit on this home. This poor home was riddled with holes from the carpenter bees.  The good news is that they are not like termites.  Termites eat the wood and the bees only drill holes in it!

I was then told that I did not know what I was talking about when I reported that the kitchen plumbing needed some correction due to improper materials used to repair it.  Well, I guess a car radiator hose is now an approved repair for a kitchen drain trap, oh and duct tape is fantastic when you do not have a proper compression nut! So please keep in mind that we "the home inspector" is only the messenger!  Yes, I know sometimes we are akin to the Grim Reaper when it comes to that home that has been on the market for 623 days!

It does get comical at times when I do get those calls as they have become more frequent with all of the homes that are now on the market.

I relish those rare homes that I have one or two minor items to write up in the report.  It makes my life so much easier when I don't have to right a novel on what I found in the home.

As funny as this is, I feel bad for you! It really is incredible that someone would actually think duct tape would be a good solution...although it is handy. ;) I guess you can't please em all.

Your job is tough sometimes because you can't please everyone especially when you are honest and do your job properly.  It is all of our jobs to protect our clients and if the listing agent is upset, well too bad, because you probably don't work for him anyway.  You are paid to protect and teach your buyer about his potential new large investment/home he is getting ready to invest thousands in.

What's wrong with Duct Tape?  Just kidding. Seriously?  I think it's best for everyone involved to have a pre-inspection but I guess we'll have to wait a few more years before this becomes an essential part of getting a property ready for the market.

I can certainly relate.  Lately if we don't write the report the way someone wants it, I am the big bad wolf. One thing is .... photo's don't lie. That is exactly why I encourage the buyer to attend the inspection.

Hi Scott, home inspectors are often the bearers of bad news.  I like the saying, "home inspectors don't kill the sale, but they may assist in the suicide."  I agree don't shoot the messenger. 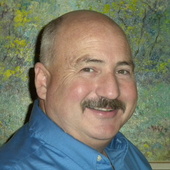 Looking for an inspection or just some honest information from one of nations most respected inspectors, look no further!