A recent article by Leslie Ebersole from Baird & Warner Real Estate in Illinois, points our the recent changes in some banks delaying foreclosures in 23 States.  Florida is fortunately one of those States where many lenders are delaying foreclosures.  If you have a home in foreclosure in Sarasota, Florida this could be good news if you are looking to complete a Short Sale.

Fraud? This week's news about delaying foreclosures and evictions in 23 states due to bank officials' admissions of fraud has been astonishing. If you've been involved in a foreclosure or a short sale, you have almost certainly experienced frustration with the banks involved. But are those frustrating or even inexplicable processes the same as fraud? They may be related. Fraud is intentional deception designed to harm an individual. States that require judicial foreclosure have lengthy and detailed processes for repossessing a home due to payment default...but if those procedures aren't strictly followed, the foreclosure could be fraudulent.

Coming at a time when housing sales have slowed and election rhetoric is heating up, it's going to be hard to sort out the truth from the posturing.

Many people who purchased REOs (bank owned properties) are now worried about the legal status of their ownership. The homes they thought they owned may not have clear title if the home was illegally foreclosed on.

Title companies may seek to avoid paying claims by REO home owners and their lenders by pointing back to fraudulent foreclosure procedures if the previous homeowners claim that they were victims of foreclosure fraud and seek to reclaim those homes.

New buyers will be reluctant to purchase homes that may be caught up in years of dispute. Neighborhoods with vacant foreclosures will suffer as those homes continue to deteriorate.

Ally Financial, formally called GMAC, said on September 21 that they would halt evictions on foreclosures after bank executives admitted in Florida that 1000s of foreclosures may not have been conducted with regard to due procedure.

"Defective documentation has created millions of blighted titles that will plague the nation for the next decade," said Richard Kessler, an attorney in Sarasota, Florida, who conducted a study that found errors in about three-fourths of court filings related to home repossessions (Bloomberg).

Such mistakes may allow former owners to challenge the repossession of homes long after the properties are resold, according to Kessler. Homes that were purchased as REOs may not have clear title. Previous owners could pursue reclaiming their home due to fraudulent foreclosure practices. Some title companies are quickly responding by raising rates and holding up approval of title polices for new sales of REOs.

Right on the heels of the Ally Financial halt to new evictions, JP Morgan Chase stated that it would ask judges in judicial foreclosure states to postpone rulings on new foreclosures.

On October 1, Acting Comptroller of the Currency John Walsh asked the nations' seven largest lenders to review its foreclosure processes for any sign of faulty documents (Housing Wire).

On October 2 the Chicago Tribune wrote that Bank of America is delaying foreclosures in 23 states as it examines whether it rushed the foreclosure process for thousands of homeowners without reading the documents. "A document obtained Friday by the Associated Press showed a Bank of Americaofficial acknowledging in a legal proceeding that she signed up to 8,000 foreclosure documents a month and typically didn't read them. The official, Renee Hertzler, said in a February deposition that she signed 7,000 to 8,000 foreclosure documents a month. "

Fannie Mae and Freddie Machave issued new directives to their lenders and servicers to review their foreclosure processes to make sure they are in compliance with each state's laws (Housing Wire).

Banks are expected to take over a record 1.2 million homes this year, up from about 1 million last year and just 100,000 as recently as 2005, according to Realty Trac.

"With JP Morgan now acknowledging possible abuses in preparing court documents, the impact on homeowners in our state and across the country could be great," Madigan said. "As with Ally Bank, if I determine JP Morgan was recklessly signing off on foreclosure filings in our courts, I will hold them accountable. These struggling homeowners deserve better." This letter comes less than a week after demanding a similar meeting with Ally Bank.

The Chicago Tribune reported that "In some states, lenders can foreclose quickly on delinquent mortgage borrowers. By contrast, the 23 states in which Bank of America is delaying foreclosures use a lengthy court process. They require documents to verify information on the mortgage, including who owns it.

This post was written by Leslie Ebersole of Baird & Warner Real Estate.

If you would like more information about the Chicago Western Suburbs and the Fox River Valley
St. Charles, Geneva, Batavia, Wayne, Elburn, and South Elgin

I can only imagine what the future holds for us.

This market has ran everyone through the ringer...

Good luck & success to you in this crazy market Troy!

The Wolf Firm, A Law Corp

Go to the link below:

That is just flat out scary ! Pride comes before the fall and those banks have been arrogant for so long.. Time to get spanked but yet again at the consumers expense.. 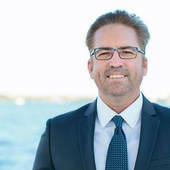