Unemployment woes and economic downturns caused six female teachers in Lodi to get an unwanted letter in the mail.  In the letter, the Lodi School District Board of Trustees requested the six women resign their teaching jobs because they were married.  The letter sent in May 1923 reflected a common practice throughout the nation.  In 1921 the board adopted a resolution stating, "No married teachers should be employed whose husbands were living and able to support them."

The front-page story published on May 17, 1923 didn't end with the request for resignation.  The married teachers of Lodi were so aroused that they were determined to "wage a battle" for their jobs.  One of the women took the matter up with Will C Woods, the state superintendent of schools.  Two days later on May 19, the Sentinel carried another front-page story with the superintendent's response.  According to Woods, the State law did not specifically prohibit married women from working as teachers. But to fire a teacher the Lodi district had to prove charges against the married teachers who had been employed for more than two years."

The first known recorded protest in the nation against the "common practice" faded quickly from the pages of the media.  The unidentified teacher may have been on the faculty the following school year .... Seven of the women were identified as "Mrs."

This photograph is from the personal collection of the late Maurice Hill, shown in the second row from the right and fourth seat back. This was the third-grade class and their teacher at Emerson Grammar School in about 1911.

the complete story may be found at the following link:

Jack, it really wasn't that long ago in historic time, and it was ages and ages ago in social time. Thanks for a glimpse into the history and historic perspective

Jon it wasn't that long ago we were using MLS books and fax machines to run our businesses .... what an age we live in!  Thanks for the compliment.

Jack, that was really a great piece of interesting history. For some unknown reason, it made me think of the old television show "Little House on the Prairie". Odd. Probably the school room photo brought back the memories.

Odd!  A few months ago we went to see the play "Little House on the Prairie" - starring Melissa Gilbert .... history always seems to trip some trigger .... thanks for commenting!

I had those same desk in grammer school!!  I won't get political right now 'cause I liked this post.

I had those same desk in grammer school!!  I won't get political right now 'cause I liked this post.

Jack:  what a neat picture.  It's amazing, then as well as now, there's always someone trying to control someone else.  I'm glad those married teachers stood up and won their battle!

And that was only 87 years ago. Things have sure changed a lot over my lifetime, it's amazing!

Kaye - Thanks for commenting.  There are sure a number of things that could become political ... but stories this this remind me of how far we may have come ... but we still have a long way to go!

Pamela - How often in the past have folks let the unjust things happen ... and remember the expression "you can't fight City Hall" stemmed from folks just acccepting, no matter how unfair ...  Thanks for commenting.

Cynthia - Change happens because someone stands up and says ..."no more" ... it's unfortunte that we do not have the names tht would allow us to celebrater specifically these pioneers of fairness...  Thanks for stopping by and for your comment.

Jack - In 1964, I was a young bride.  I took a job working for Reliance Insurance Company.  I no sooner walked through their doors, than I found out I was pregnant.  I worked at the company, typing insurance policies for a few months.  They were really happy with my work.

Then one day I showed up to work with a maternity blouse on, I was fired on the spot!  I was amazed at how swiftly they managed to get the words out, "You're fired because we can't insure having a pregnant employee in our work force."  I never quite understood that rationale; but it did happen sometimes, with companies during that era.  I remember the experience left me feeling a tad less than human - but I've gotten over it:-)

Jack - I also meant to add, I remember working with the MLS books.  I also remember the agents in my office banning together to explain to our broker why he needed to fork out $600.00 for an office fax machine.  Prior to that, we drove our offers, counter offers, addendums and all paper work around the county, and sometimes into the next county!

Myrl ...  Sometimes the issue of "justice" takes a long time to mature.  There is still a "glass ceiling" and  "image" stereotypes today, and given the human experience, there will be for a long time to come.  The focus or the object may change but we are still a long way from a color and gender blind society.

Driving around our offers ... may still be a better way to insure and develop our professional contacts.  As always, I appreciate you taking the time to comment.

Jack, that photo really shows the difference in the appearance of classrooms of yesteryear and today.  Now you go in and it looks like a party is happening everyday.  It seems to be more about having fun instead of learning the basic skills.  You know, the three "R's".  Great post!

In October 2010 US Senator Jim DeMint: "Gays and unmarried pregnant women should not teach public school"

Mitchell:  At least pregnant women (married) can teach ... some progress, but not nearly enough.  Thanks for the comment and the wit!

Things have changed, and this is probably the greatest country the world has ever seen, but we still have a lot of work to do.

When you consider all we have left to do ... it seems like an impossible task - until you look back and see all we have done!  Thanks Jim for the encouragement. 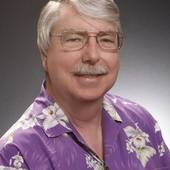 Jack Mossman - The Nines Team at Keller Williams in Stockton