The Law of Supply and Demand is acted upon by influences that constantly change themselves and although their presence is common across individual markets ,their intensity and the degree which they produce a result on the final product is unique to each market.

Much like the effect of water running over a rock shapes it differently based on where it sits in each stream , how fast the water runs over it , how deep it is and even the temperature and mineral content of the water.

The Factors that influence the Supply and Demand of the Rental Market, are those of Capacity (which was discussed in Part 1) as well as those of Resistance and Perspective.  The Resistance To Change is the focus of this Posting.  As Humans we strive to constantly make our environment around us conform to our needs and desires. The most common yet sometimes self defeating method we employ is that of Resisting Change especially when it involves trading the known for the unknown, regardless of the potential of the resulting benefit.

This is expressed thru our actions or in actions daily. Out of the roughly 2.1 Million People in the Sacramento Area nearly 55% of them have not moved for the last 4 to 5 years , despite the fact that close to 70% of the homes they live in are over two decades old. That is not to say that new is always better but there are some pretty significant changes changes and comfort improvements that were implemented over the course of the last two decades.

More telling is that of the ones 20.8 % who made a move in the last year , 19.3% did so in the same state and 14.4 % stayed in the same county. Less then 2 % made a major move from state to state.  Lets face it , it takes a lot to get someone to do something different then what they are presently doing.

This one reason why that people hold on to their house after they should let them go ,they stay in jobs they do not like and with people who are not good for them. It is also what makes Real Estate Investing for Income Producing properties a stable predictable business. 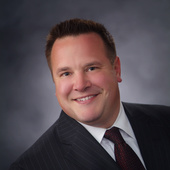