Let's take a look at what it means to be bank owned, how do Daniel's Preserve bank owned homes exist?  It all starts with the previous home owner not paying their mortgage.  During that time frame, the owner either did not try to get a short sale done and come to terms with the bank, so the bank (mortgage holder) was forced to continue with the foreclosure proceedings against the property.  Eventually they homeowner would get an eviction notice and the home would go to the Sheriff's auction, at which time the bank did not receive a bid high enough for them to sell the property on the spot.  They then take back the property and it becomes bank owned or "REO" (real estate owned).

Now, in Daniel's Preserve, there are just over 200 homes, so you can imagine there are not a significant amount of Daniel's Preserve bank owned homes.  When they come on the market, they tend to sell VERY fast and a lot of time they sell for above asking price.  This is very common in this market.  You'll need to make sure that you do not let all of the news stories about the market influence your bid on one of these bank owned homes.  I've seen time and time again someone who loved a specific bank owned home but wanted to make sure they got the best 'deal,' just to lose the home because they were outbid.

You obviously do not want to pay too much.  That's why it's a great idea to hire an agent familiar with the process and the prices in the area. 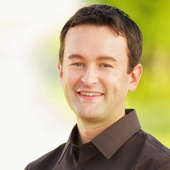