Drexel University's new president, John Fry, announced a goal of improving the neighborhoods surrounding Drexel's campus. Given that he was part of Penn's initiatives to improve University City during the 1990's and 2000's I think it's safe to be optimistic that he will have a positive impact on the Powelton Village and Mantua neighborhoods just north of Drexel. Along with expanding Drexel's security presence, Mr. Fry announced plans to encourage Drexel employees to purchase and maintain homes in the neighborhood, and also spoke of cracking-down on sub-standard off-campus housing, a serious problem that too often flies under the radar throughout Philadelphia. 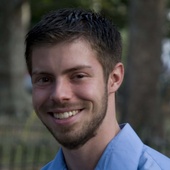 Observations from my work in the wide world of real estate with a frequent focus on the Philadelphia market.