Does The Bank Have The Right To Take My Home?

Millions of U.S. mortgages have been shuttled around the global financial system – sold and resold by firms – without the documents that traditionally prove who legally owns the loans.
Now, as many of these loans have fallen into default and banks have sought to seize homes, judges around the country have increasingly ruled that lenders had no right to foreclose, because they lacked clear title.

These fundamental concerns over ownership extend beyond those that surfaced over the past two weeks amid reports of fraudulent loan documents and corporate “robo-signers.”

The court decisions, should they continue to spread, could call into doubt the ownership of mortgages throughout the country, raising urgent challenges for both the real estate market and the wider financial system.

For struggling homeowners trying to avoid foreclosure, it could mean an opportunity to challenge the banks they argue have been unhelpful at best and deceptive at worst. But it also threatens to leave them in prolonged limbo, stuck in homes they still can’t afford and waiting for the foreclosure process to begin anew.

For big banks, “there’s a possible nightmare scenario here that no foreclosure is valid,” said Nancy Bush, a banking analyst from NAB Research. If millions of foreclosures past and present were invalidated because of the way the hurried securitization process muddied the chain of ownership, banks could face lawsuits from homeowners and from investors who bought stakes in the mortgage securities – an expensive and potentially crippling proposition.

For the fragile housing market, already clogged with foreclosure cases, it could mean gridlock and confusion for years. And there is concern in Washington that if the real estate market and financial institutions suffer harm, it could force the government to step in again. Attorney General Eric H. Holder Jr. said Wednesday he is looking into the allegations of improper foreclosures, and Sen. Christopher J. Dodd (D-Conn.), chairman of the Senate banking committee, said he plans to hold hearings on the issue.
At the core of the fights over the legal standing of banks in foreclosure cases is Mortgage Electronic Registration Systems, based in Reston.

The company, known as MERS, was created more than a decade ago by the mortgage industry, including mortgage giants Fannie Mae and Freddie Mac, GMAC, and the Mortgage Bankers Association.

The idea behind it was to build a centralized registry to track loans electronically as they were traded by big financial firms. Without this system, the business of creating massive securities made of thousands of mortgages would likely have never taken off. The company’s role caused few objections until millions of homes began to fall into foreclosure.

In recent years, the company has faced numerous court challenges, including separate class-action lawsuits in California and Nevada – the epicenter of the foreclosure crisis. Lawyers in other states have also challenged the company’s legal standing in court.
Kentucky lawyer Heather Boone McKeever has filed a state class-action suit and a federal civil racketeering class-action suit on behalf of homeowners facing foreclosure, alleging that MERS and financial firms that did business with it have tried to foreclose on homes without holding proper titles.
“They have no legal standing and no right to foreclose,” McKeever said. “If you or I did this one time, we’d be in jail.”

Judges in various states have also weighed in.

In August, the Maine Supreme Court threw out a foreclosure case because “MERS did not have a stake in the proceedings and therefore had no standing to initiate the foreclosure action.”

In May, a New York judge dismissed another case because the assignment of the loan by MERS to the bank HSBC was “defective,” he said. The plaintiff’s counsel seemed to be “operating in a parallel mortgage universe,” the judge wrote.

Also in May, a California judge said MERS could not foreclose on a home, because it was merely a representative for Citibank and did not own the loan.

On the other hand, Minnesota legislators passed a law stating that MERS explicitly has the right to bring foreclosure cases. And on its Web site and in e-mails, MERS cites numerous court decisions around the country that it says demonstrate the company’s right to act on behalf of lenders and to undertake foreclosures.

“Assertions that somehow MERS creates a defect in the mortgage or deed of trust are not supported by the facts,” a company spokeswoman said.

But that’s precisely what lawyers are arguing with more frequency throughout the country. If such an argument gains traction in the wake of recent foreclosure moratoriums, the consequences for banks could be enormous.

“It’s an issue of the whole process of foreclosure having been so muddied by the [securitization] process,” said Bush, the banking analyst. “It is no longer a straightforward legalistic process, which is what foreclosures are supposed to be.”
Janet Tavakoli, founder and president of Tavakoli Structured Finance, a Chicago-based consulting firm, said that for much of the past decade, when banks were creating mortgage-backed securities as fast as possible, there was little time to check all the documents and make sure the paperwork was in order.

But now, when judges, lawyers and elected officials are demanding proper paperwork before foreclosures can proceed, the banks’ paperwork problems have been laid bare, she said.

The result: “Banks are vulnerable to lawsuits from investors in the [securitization] trusts,” Tavakoli said.

Referring to the federal government’s $700 billion Troubled Assets Relief Program for banks, she added, “This problem could cost the banks significantly more money, which could mean TARP II.” 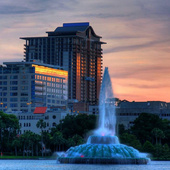