The Redwood City community is invited to join Mayor Jeff Ira in honoring Redwood City's rich historical heritage Wednesday, October 13 at 5:30 pm when a commemorative sculpture and historical information kiosk will be dedicated in the plaza in front of Wells Fargo Bank at 1900 Broadway (corner of Main and Broadway), kicking off Redwood City's new Path of History program. The kiosk and sculpture mark the first completed stop on the self-guided Path of History walking tour and are located across the street from the former site of the Wells Fargo Express Office that was active in Redwood City from 1875 to 1917.  Redwood City became the first incorporated city in San Mateo County in 1867 and has taken great pride in its historical past.  Similar to the Monterey Path of History tour, the Redwood City tour will offer the public many well-preserved historical structures and points of interest to view. The Court House colored dome dates back to 1903.

According to a Redwood City press release, Wells Fargo has been a big contibutor to the development of this historic icon and will be bringing its horse-drawn stage coach to the event as well as hosting a reception following the ceremony in the bank lobby.  New brochures for the Path of History self-guided tour will also be available at the ceremony.

If you would like to attend the ceremony, please RSVP by contacting Dee Eva at 650-368-4800 or dee@deeeva.com.

To see what else is happening in Redwood City, check out the new Facebook Page: Get to Know Redwood City.

What an opportunity for history buffs and anyone else!

Yes!  I'm looking forward to it.  I understand Benicia has lots of historical sites, too.

It is good to see that financial institutions are still stepping up to the plate and making community events like this a reality.   Everyone benefits when this happens.

Dan, good point!  A bank doing something good for a community - now that is good news! 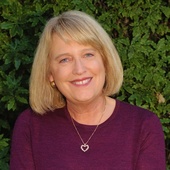