Housing prices in the Edmonton area remained stable as we enter the final quarter of the year. Single family dwelling prices in September mirrored prices in August and condo prices rose slightly after four months of decline. Both listings and sales declined in September as compared to a month ago.

"The market seems to be resting," said Larry Westergard, president of the REALTORS® Association of Edmonton. "After the turmoil of the past couple of years and the rush to buy in the early part of the year, it seems that consumers are just sitting back and waiting to see what comes up next." There are still over 8,600 residential properties in the local inventory and buyers have lots of choice.

The average* price of a single family property was up $472 and sold for $370,653 in September. Condominiums, which have dropped in price for four consecutive months, rallied and sold on average for $238,822 last month. The slightly less than 1% price increase did not reverse drops from a high of $252,728 in April. The duplex/rowhouse average price was down 11% to $313,462 but tends to vary widely from month to month. The residential sale price (which includes all types of residential property) was $326,499; down less than a quarter of a percent from last month.

Residential sales in September were down from the previous month at 1,187 as were listings at 2,668. This sales-to-listing ratio was 47% and the average days-on-market was unchanged at 57 days.

"The third quarter activity was identical to the first quarter this year," said Westergard. "Typically we see sales dropping from Q2 to Q3 but remaining higher than Q1. This reflects a very active market in the first part of the year which was spurred on by financial incentives and the threat of increasing interest rates."

Looking to take advantage of the Buyers Market? Find your Edmonton Home and View all Homes For Sale in Edmonton. 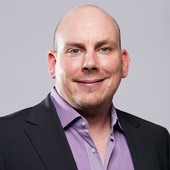 over 11 years ago
bookmark_borderbookmark
Information About Houses For Sale In Edmonton For ...
View more Recent Posts   arrow_forwards