Using Scents to Sell Your Home - Does It Make Sense? Don't underestimate the power of scent in your home if you're trying to sell. The article below, by Mary Umberger and featured in today's Chicago Tribune, explains how scents are part of the backdrop and could be an important emotional component in getting buyers to connect with your home.

Using Scents Might Make Sense When Selling Your Home

It's the oldest trick in the real estate playbook: Pop a tray of cookies into the oven just before potential buyers walk through the door. As marketing folklore goes, the scent of the baking goodies will touch some warm-and-fuzzy nerve that makes the buyers bond with the place so much that they'll want to buy it.

Or so they say.

It's probably true, said Brad Owen, president of AromaSys, a Los Angeles-based company that's in the "environmental aroma" business. Its clients include major hotel chains and the most well-known Las Vegas casinos: Bellagio, Wynn, Venetian and MGM-Mirage Resorts and Casinos.

The casinos pipe fragrance through their ventilation systems for a couple of reasons, Owen said. For one, it's practical.

"The casino owners want to get rid of smoke and malodor," Owen said. "Let's face it, people smell. A lot of casinos really are looking for the opportunity to cover up bad smells."

The other is that, done right, smell sells.

"There are independent studies that conclusively correlate increases in revenue, specifically gaming revenue, with the use of ambient fragrance," he said. "You get people to linger longer and to return more often. You develop a positive psychological reinforcement."

Which brings us back to getting your house sold. Some homebuilders recognize the powerful emotional component of buying a house, and they waft an aroma into their model homes, hoping to touch just the right nerve, the one that's connected both to the heart and to the wallet.

Ordinary home sellers can play the same game, Owen said. It just has to be done thoughtfully. It's not a matter of thinking that a certain scent suits a certain target buyer, he said. Don't pick citrus scents for, say, a family with young children or floral scents for single women. Instead, match the scent to the house .

"A musk would be good for a house with a lot of dark wood, like cherry," Owen said. "White tea ginger would work for a more contemporary home."

He said he's not just randomly concocting likely combinations; the effects of specific scents on marketing have been studied extensively.

"People say bake a loaf of bread, bake cookies," he said. "It's because they remind people of home. That's what smell is about. It's about association, reinforcing positive memories. That's where there's some real power.

"There's no question in my mind that it influences people to buy. It's an extremely powerful way to motivate people and influence consumer behavior."

AromaSys clients include high-end builders who install its scent systems, which cost thousands of dollars, he said. The company, however, is planning to introduce a more mainstream system early next year, a mechanism that fits into existing ductwork and will retail for about $35, with oils for about $10, he said.

Meanwhile, he said, home sellers who go the do-it-yourself route with their own oils, incense, candles, plug-ins or other smell-ums probably can't go wrong with the perennial favorite: something in the oven, whether it's a simulated "baking cookie" or something real that eventually will cause you to gain weight.

"The important idea is congruence," he said. "The scent must match the house."

For example, though you may be wild about that "new car smell," you probably wouldn't want it permeating your family room. And even with the right scent, don't overdo it, he said.

"You don't want to overwhelm people. You want the fragrance set just barely above the conscious level," he said. "Have it create a pleasant atmosphere."

The idea, he said, is to make the potential buyer happy to be there.

"You walk into a beautiful home, and it smells great," he said. "Maybe the smell is new to you, a scent you haven't smelled before, but it's fantastic. It makes you fall in love with the place; maybe spend longer looking at it." 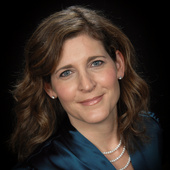