Seven schools in district 58 were honored with Academic Excellence awards from the State of Illinois. These awards are given to schools in which at least 90 percent of students met or exceeded state standards in reading and math for 3 consecutive years, as measured by the Illinois Standards Achievement Test. Across the state only 438 schools earned Academic Excellence Awards for 2009.

More information is available at www.ilhonorroll.niu.edu

Well that is excellent news.  I used to live down the road in Willowbrook.  Congratulations, good schools translate into good resale which should help your business! 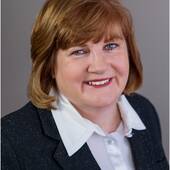