City of Maricopa Homes for Sale - Homes for Sale in Maricopa City -  Maricopa City is home to El Dorado, El Dorado Lakes, Province, Cobblestone and many other brand new communities.  Maricopa, not so long ago, was made up of farms, cattle ranches, orchards and vineyards in a 45 square mile area.  It is located 16 miles south of Phoenix with Casa Grande approximately 10 miles further south and Tucson another 80 miles south. In the seventh century, Father Eusebio Francisco Kino made record of an agricultural community supported by water wells along the Gila Trail and farmed by friendly Native Americans.  By the mid 1800's Maricopa Wells became an important depot for the Butterfield Overland Mail Line that stretched from San Francisco to St. Louis.  There once was a rail line that connected Maricopa and Phoenix when Phoenix was just a small town on the Salt River.  That lasted about 65 years when the economy slowed, the rail traffic was stopped.  Phoenix became the political hub while Maricopa maintained its agricultural production that continues to thrive today.
Today, the City of Maricopa is growing into a beautiful township not too far from the Phoenix metropolitis area.  Although prices skyrocketed around 2003 - 2005, when builders over speculated the housing demand, many of those homes have significantly reduced prices today.  The market is basically correcting itself from inflated values.  That's what makes The CITY of MARICOPA such a mecca for new home buyers, investors, and those who want the spacious reasonably priced home without the hustle and bustle of innercity life.  The average household income in the City of Maricopa is $75,000 which is among the highest in Arizona.  Approximately 61 percent of its residents have bachelors or graduate degrees.  Just like you might find in middle town America, the City of Maricopa holds annual events like Founder's Day, Salsa Festival, Holiday Homes on Parade, Stagecoach Days, Parent-Child Fishing Derby, and Great American Barbecue to name a few.   The residents of Arizona's 88th city voted to adopt its first Municipal General Plan that would ensure Maricopa achieves its vision through the year 2025.
The City of Maricopa encourages entrepreneurship and small businesses.  The Economic Development Department is dedicated to providing help in locating assistance to be successful in the community. The new express transit system called COMET, began operation the first of October 2010.  COMET is a local route circulator servicing such locations as Maricopa Fiesta, Cobblestone Farms, Rancho El Dorado, Province, Maricopa Marketplace, Pacana Park, Walmart, Harrah's Casino and the City's Park-and-Ride Lot.  The City of Maricopa is the home of the only Amtrak station in Arizona. MaricopaXPRESS (MaX) is the City of Maricopa's regional connector to the Phoenix metro-plex with service to downtown Phoenix and Tempe. MaX provides safe, convenient, cost effective and dependable public transportation. MAX runs Monday through Friday and one-way fares are $3.00, $2.00 for seniors and free for children under five.
Province is touted as one of the nations premier adult retirement communities. 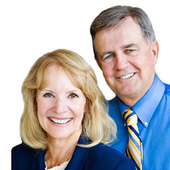