The playoffs are here - since its October and my local Major League team - The Atlanta Braves made it to the playoffs. They're run ended last night when they couldn't pull off any more late inning heroics. So their season ended and the career of Bobby Cox, the Braves manager came to an end as well.My hat is off to him for a long career in a sport that he loved. I hope he can enjoy a restful retirement.

I worry about some sports fans who put their life on hold for a sporting event. They are not playing the game, they do not know the players personally; they just become rabid fans. This is a bit crazy to me. I must confess at this point that I do like some Kentucky Basketball. I used to be one of "those fans" who was "out there".  I guess I'm a bit calmer now that I'm older.

As I've calmed down at sporting events, I've learned that it's all in the perspective. If you don't place bets on the game, it's ok whoever wins. I don't bet - so I'm good with the outcome. I also know that there will be a winner and a loser at the end of every contest. It's supposed to entertain us - not wreck our world for a day or a month. Now if I'm in the game - like a participant - I want to win and I will seek to "crush my opponent"!  (I promise not to hate them or anything - I just try to beat them to a pulp!) I wonder if some people lost sleep over the outcome of the playoff game last night.

I've learned that whether it's the Final Four, World Series, Super Bowl, NASCAR race - whatever the contest and whatever the outcome - my personal life doesn't change much. I still have my family, my house and my job. Life will go on.  I'm not trying to poo on people - I'm just trying to keep things in perspective.

I understand Dwayne, but it still hurts. I live in Cincinnati Ohio. errors, errors, errors. Tough way to go down. Not the team I knew.

Isn't it football season (j/k)?  My husband is a Reds fan and he's been "crushed" with the way his team has played.

I don't every remember a playoff time that had so many errors.  I know it is not true, but it almost felt like the games were being thrown, as things were that bad. 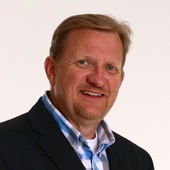