Lots of sensational press around the temporary foreclosure moratorium thats being implemented by some, soon to be all banks across the country.  Some people are crying fraud while others are pressing random panic buttons calling for someones head…yet most really don’t know why.

I guess it just sounds like the right thing to do since banks and ‘Wall Street’ are behind this, and they’re all greedy evil sons-a-bitches so they must be trying to rip someone off.

This situation is really about A. The process of paperwork, specifically establishing proper chain of title to property, and B. Having a human being actually review documents they represented they have through notarization.

In regards to A. it is vital to establish a clear chain of title when a property changes hands to insure the claims against it (in this case a mortgage evidenced by a promissory note) are properly released or transferred.  If a clear chain of title cannot be established (or is broken) claims may be rendered void, or in the alternative a property may seem to have a clear title when in fact someone has a legitimate claim against it.

The chain of title issue at hand revolves around a system called MERS, which for all practical purposes electronically facilitates the recording of title transfers. Back in May, some clever individual filed a lawsuit on behalf of the Government in California against MERS and some very large banks like Bank of America, JPMorgan Chase and GMAC, alleging they bypassed local recording requirements and prohibited borrowers from knowing who really owned their mortgage.  Because of this procedural defect, any subsequent actions like foreclosure would be initiated using ‘fraudulent’ documents and thus should be thrown out.  This is called following black letter law… if you didn’t do X then the consequences are Y, period.

In regards to B… At the same time, there has been such a crush of new foreclosures entering the system that banks were essentially having notaries rubber stamping foreclosure files as fast as they could without reviewing the files to insure they contained the actual documents and figures they were supposed to.  One lender was using 7 or 8 notaries to notarize over 18000 files per month, obviously they couldn’t be thoughtfully reviewing that many files.

A bunch of attorneys who smell blood have since played pile on to the above lawsuits and in certain cases they are prevailing, thus the reason for the foreclosure pause.

Banks are going to take a month (or two) to clean up what amounts to procedural defects in their processing of foreclosures or there will be substantive precedent setting lawsuits that completely sack the housing market.  If banks were to lose their interest in properties and the ability to foreclose they would go belly up, all of them, and fast.  Our economy would implode.

This isn’t going to happen… so what will?

IMHO- Delays, Long Delays.  Then business as usual.  I for one was convinced that the market was being primed to have copious amounts of distressed property pumped into it, this puts a damper on that prediction.

Title companies are refusing to insure title on a home that was recently foreclosed on by lenders who used the MERS system or are in some way implicated in the procedural processing defects, at least until they have an acceptable remedy.  Insurance companies aren’t in the business of actually paying claims and don’t want the unnecessary risk that they may have to, so this is an issue.  Banks will not lend on a property that does not have title insurance… so the sales cycle grinds to a halt on any property thats been through the foreclosure process as the legality of such is called into question.  The real question is how far back do you go?  3 months, 6 months, 3 years?  (Looks like the groundwork to getting this issue resolved is being laid)

Being a service provider like a Realtor or mortgage professional is hard enough in the current environment, their sales cycles just got longer.

A common question I hear involves whether foreclosed properties that reside in a judicial or non-judicial state are more or less effected.  It really doesn’t matter, however judicial states are likely to act quicker to remedy the issues since a judge must sign off on foreclosures.

The average time to foreclose from date of first default is already over 400 days, expect this to increase.

The main reason this mess must be relatively temporary is that the housing market simply cannot afford to slow down anymore than it already has.  A protracted ‘foreclosure freeze’ would be very bad for the overall housing market as it would further stagnate inventory thats already stuck in a quagmire.  It would also negatively effect insurance companies, pension funds and other private investors.  The cost of credit would rise as well, as banks and investors pass on the costs of holding inventory to new buyers.   Unfortunately political agendas will surely play a part in all of this, what politician wouldn’t like to stand up to the voting public around election time and represent he/she is ‘helping to stop foreclosures’.

Common sense dictates that the consumers who are going through foreclosure did not pay their mortgage for 1 of a 1000 reasons.  Improper procedure of this sort, even if it is black letter law, cannot and ultimately will not be a remedy to a creditors claims.  If it were to be, there is no amount of money that could bail out these financial institutions, as stated, they and our economy would crash hard and fast…there aren’t enough printing presses in the world to foster a bailout of that size.

Meanwhile, enjoy the conjecture laced fireworks around this topic…It’ll be bulletin board material until people have a chance to wrap their heads around it.

One good outcome is the new focus on getting someone to actually read the files. I had a short sale in escrow when it went to foreclosure because two departments in the bank did not communicate, and the person who sent it to auction never read the file. Whereas most creditors claims are probably valid, some properties should NOT be foreclosed upon when there are other alternatives, and to do so in error is unacceptable.

Like
Larry Story ALC
Total Care Realty - Greensboro, NC
Beneath it all is the Land, Covering all of NC

The one outcome that many are missing is that now all of a sudden those homeowners attempting a short sale now have been given a longer timeframe.

Wow... and you didn't even use a dirty word!

But seriously, this is one of the better wrap-ups on this I've read.  Too many people think that this is all a good thing.

There would be SERIOUS implications if courts started setting aside foreclosures and letting people keep properties en masse.  I don't think most people realize exactly how bad this would be.

A nice and easy to understand clarification.  I do think that once banks get their procedures straight it will be back to business and I don't think that is going to take the big banks long. These banks need to use some of the bail-out money to hire some of the 10% unemployed!  I am glad that I don't work in a market where there are a ton of foreclosures on the market.

JeFF ..Excellent explanation ..Interesting how this happened around elections .... 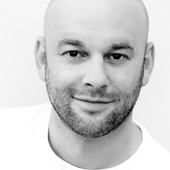 Check out my Raindex Blog: