In the most recent couple of weeks, my HOA (Highlands Ranch Golf Club) has been notified that Shea is trying to re-zone an area of land that they own located on the northwest corner of Lucent and Town Center Drive. The original plan for this land was to be commerical but they have recently submitted a request to change the zoning to residential apartments stating "that there is not enough apartment units in the area and this is a major factor in recruiting large companies to Highlands Ranch".

Their proposal is stating that there will be 13 buildings with approxmately 208 units and about 75% of them will have detached garages. They will be 2 stories high and you will access the units off of Lucent Blvd. Shea is claiming that because they are changing zoning the impact on the surrounding single family homes will be less than the originally proposed commerical buildings. There will be less water used and less traffic.

The first Developmental Review Committee for HRCA was last week and members of the Highlands Ranch Golf Club HOA attended to voice there concern about the name and the increased traffic to our neighborhood which is located directly west of the proposed units. Shea agreed to change the name to Villas at Highlands Ranch but denied any sort of compromise on the increased traffic, water and pressure to the schools where children from this apartments will be attending.

If you live in Highlands Ranch, you will know that our schools and roads are already busting at the seams. To bring in more residential development into this market seems crazy. There are plenty of homes people can rent if they need too. A quick search on Craigslist brings up 1000 ads for home rentals. Many members of our community have already voiced there opposition to this re-zoning as it will directly affect the water, traffic and school system in this area....despite what Shea wants to tell you.

I encourage you to attend the next HRCA BOD meeting on October 19th at Eastridge. The DRC committee will be presenting their notes from the meeting and discussing it with our local delegates.

Good point encouraging people to attend the next meeting. So often, folks will complain vigorously, but never take the smallest step to really be heard. 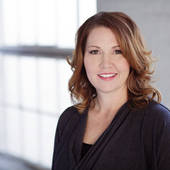 In today's society, blogging is the best way to find our important information from people who know. I think it is the way business will be done for many years to come so I strive to make sure that my blog has items people would find interesting.