Newly-approved federal regulations target a mortgage brokerage and origination practice that experts say contributed heavily to the mortgage meltdown and ultimately the greatest recession since the Great Depression.

Effective April 1, 2011, the Federal Reserve will prohibit loan originators and mortgage brokers from receiving compensation based on a borrower's interest rate or other loan terms.

That will save consumers thousands of dollars on a mortgage.

In the past, brokers and originators were compensated, in part, for steering borrowers to more expensive mortgages. The more costly the mortgage, the higher the so-called "yield spread premium" (YSP) payment.

Loan originators and brokers argued YSPs were legitimate payments for their services, compensation earned in the open market and not loan costs. They also said YSPs helped consumers avoid additional closing costs. In a relatively few cases they did.

Pushing the argument, the profession fought to keep the fees off closing statements until closing day, much to the chagrin of hundreds of thousands of unsuspecting borrowers, faced with the close-of-escrow dilemma of paying the exorbitant fees or losing the deal.

Consumer advocates, and ultimately federal regulators, begged to differ, saying YSPs paid by the borrowers came with additional compensation from the lender in what amounted to kickbacks. After years of wrangling, advocates won the argument.

Under the old rules

Recently, the Center for Responsible Lending (CRL), in "Eliminating Systematic Charges on Home Loans" said YSPs often targeted minority and lower income households and were tacked onto 75 percent of all subprime loans made by mortgage brokers.

Mortgages made by brokers cost Americans nearly $20 billion more than comparable home loans made directly by the lender, as borrowers were socked with both the YSP and the higher interest rate, which often unnecessarily pushed the total loan cost up by $3,000.

Sixty percent of those who paid the YSP and the accompanying higher interest rate attached to the subprime mortgage could have qualified for a cheaper, prime loan, CRL reported.

As long ago as 2004, during the onset of predatory lending, YSPs and other exorbitant loan costs that eventually put the market in a tailspin, CRL estimated the higher interest rate attached to YSP-burdened mortgages was costing 600,000 families $2.9 billion each year.

• The average amount of a YSP was about $1,850 per loan, the largest part of a broker's compensation. Broker's earned an average $1,046 more on loans with YSPs than on loans without the fee.

• Loans that included YSPs cost borrowers an additional $800 to $3,000 more than loans without YSPs.

• There was no legal requirement to inform borrowers about the connection between the YSP and the interest charged on a loan.

Under the new rules

More than a half decade later, mortgage consumers are finally getting their due -- to some extent. While those who suffered the extra costs may not benefit from the new regulations, the new rules are designed to prevent future gouging.

• Brokers and officers also cannot receive payments directly from a consumer, if they also receive compensation from the lender or another person.

• Brokers and offers are forbidden from "steering" a consumer to a lender offering less favorable terms in order to increase the compensation.

• To prevent steering, brokers must present consumers with all types of loans in which the consumer expresses an interest, say a fixed rate loan (FRM), adjustable rate mortgage (ARM), or a reverse mortgage.

Consumers can expect even greater protections against YSPs under the newly signed Restoring American Financial Stability (RAFS) Act of 2010.

Heavily laden with stiffer mortgage protections the act establishes the watchdog Consumer Financial Protection Bureau and, among other provisions, it:

• Prohibits unfair lending, including YSPsand other financial incentives that encourage lenders to steer borrowers to more costly loans. It also prohibits pre-payment penalties that trapped so many borrowers in unaffordable loans.

• Establishes penalties for irresponsible lenders and brokers who don't comply with new standards. Lenders and brokers can be held accountable by consumers for as much as three-years of interest payments and damages plus attorney's fees. The law also protects borrowers against foreclosure for violations of these standards.

• Expands consumer protections for high-cost mortgages by lowering the interest rate level and points and fee triggers that define high cost loans. Lenders must disclose the maximum a consumer could pay on an ARM and disclose in detail how payments can vary based on interest rate changes.

What a wonderful analysis of the situation you have provided here.

This should be required reading for all  politicians, Realtors and even loan originators. I'll bet few of them understand this as well as they should.

I'm printing this off for my reference library. 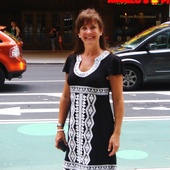