Recently, I had an amazing opportunity to meet Clyde Butcher.  If you don't know who Clyde Butcher is, know this:  He is one of the great American Iconic Photographers of Modern and All Time.  Period.  Bar none. Put it in your pipe and smoke it.  (his weapon is large format black and white nature photography)

He exemplifies "Wherever you go, there you are".  He has it, he found it, he is it.  He is where he is; almost like you and me are searching for.

His mission was only accomplished by great loss.  His beloved son was lost in an accident caused by a drunk driver.

Solice was found in the Florida Everglades, of which he became a master at capturing images for the world to see.  The images are breath taking, one of a kind.  Clyde Butcher knows how to set up his hundreds of pounds of equipment and capture a site, a vision.  A vision that will never be seen again.  A chronicle of time - light - emotion - melancholy.

A delightful woman was telling me  all sorts of stories about Clyde and the swamp and the years of swamp walks that have taken place as I was eating lunch.  She was VERY enthusiastic and also very down to earth.  It wasn't until our conversation neared the end that she introduced herself as Jackie Butcher, Clyde's daughter.  (She runs a gallery for him in Venice, Florida and was down for the swamp walk.)  PBS was filming the kid swamp walk, so she brought her kids to be participants.  I asked her how many years of "life experience" he had and she cheerfully replied.  "It's his birthday!  65.  Go wish him happy birthday, it will embarass him.  Tonight's the party.  He's over there."  So I did -  I walked up to him and blamed it right on her!  "Jackie told me to wish you happy birthday!" and I shook his hand.   His hand is huge and swallowed mine.   He thanked me and his eyes twinkled.  We spoker for a while.

He's just such a great person and environmentalist.  The first thing he proclaimed is that he just wants to educate people about the Everglades.  He participates in events such as this ONLY because it educates the public about the environment and the Everglades.  He runs the swamp walks with guides and friends that will tell you anything about anything that has to do with the swamp.  It's fun and safe.  There really is no danger of getting eaten by a gator.  There really aren't mosquitos, either.  That's what he wants you to know and experience.

He also wants you to know that he doesn't only photograph the Everglades.  The latest series of Clyde Butcher photos is available.  America the Beautiful is a series of photos from across the United States.  They're simply awesome.  When I searched the web I frequently saw a montra that coincided with his name.  I wanted to ask Jackie about it but I couldn't muster the courage.  I bristle for the terminology I've frequently used to describe Mr. Butchers gift and wanted to confirm that "The Anstel Adams of the Everglades" is an insult.  I know it insults me, as a fan.

Clearly Clyde Butcher is a man made of his own vision and mission.  Wherever he goes, there he is.

He has amazing pictures.  Black and white photography is becoming a lost art.

Thanks for this Chris - this is awesome.  You must have really felt special being in the presence of such a great artist.  I spent more than a few minutes looking at his website.  He reminds me  lot of Ansel Adams.  What Adams has done for the Rockey Mountains it appears that Butcher has done for the Everglades.

Now Have a Blessed Day,

Hmm, interesting. I've never heard of him prior. Several of his shots are very good.

One thing strikes me as odd though...he seems to be attempting almost literal duplicates of Ansel Adams works for some shots, specifically in 'across america'.

Unfortunately, I think he invites the comparison...which is ironic as it can't be particularly favorable.

Sep 02, 2007 03:02 PM
LIKE
#15
You must sign in or register to leave a comment
Login Register
Show All Comments
Older Post Newer Post
Back to Top
Generate More Leads from this Listing
With a Trulia Pro Account
Learn More
Find what you need?
See More Blog PostsAbout Real Estate! SEE MORE NOW!
Rainmaker
867,107 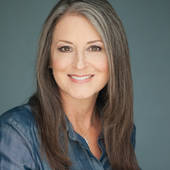