Admore Homes: have you considered an Ardmore home for sale but want to know more about the area?

Ardmore is located on the western side of Philadelphia. It offers plenty of rural residential areas as well as various shopping districts and local restaurants. Ardmore homes are located within minutes of downtown Ardmore which has a historical small town feel to it.

Living within Ardmore houses also provides access to many of the recreational centers that features skating rinks, basketball courts and tennis courts. There’s plenty to do within Ardmore.

Ardmore real estate agents have noticed a dramatic decrease in the average price of  Ardmore homes.

The housing market within the area has taken a drastic hit but in recent months has seen a slow but steady increase in the listing prices.

The elementary school directly in Ardmore is Chestnutwood Elementary School which educated children K-4 through the School District of Haverford. The high school of choice for Ardmore houses is the Lower Merion High School which students grades 9-12 will attend.

Many ethnic and cultural cuisine is right at the heart of city and a convenient car trip away from  Ardmore homes. Tasty and very flavorful Mexican, Japanese, Chinese, Thia and Indian food are served throughout the many Ardmore restaurants. Local favorites include Hu-Nan, a Chinese restaurant known for their use of very vibrant spices, The Siamese Princess, a Thai restaurant that offers quiet cozy atmosphere that has artwork adorning the walls completed by the owner, and Khajuraho India famous for the various delicious vegetarian entrees that are served fresh, all of which deliver food to Ardmore houses.

Located close to Ardmore Homes is a recreational facility known as the Philadelphia Skating Club Ice Rink. This ice skating facility is home to the Philadelphia Skate Club which offers skating lessons, free skate and various birthday parties and holiday skating options. Not sure what is needed to start out for ice skating? The Philadelphia Skating Club Ice Rink comes complete with a pro shop which offers ice skates, skating costumes and various accessories needed for any skaters needs. The skating club is open year round and provides Ardmore houses a great alternative to more traditional entertainment options.

If  Ardmore  Homes offer what you’re looking for in your new home then start your home search today at PaHouseQuest.com  and by contacting the expert Ardmore  Realtor and Certified Residential Specialist today, James Harner.

For more information about Admore Homes, please watch this video:

Here are some examples of Ardmore Homes to start your search:

I SELL ARDMORE HOMES 41 DAYS FASTER AND FOR 2.1% MORE MONEY THAN ANY OTHER ARDMORE REAL ESTATE AGENT.

Sellers, I have an 89 POINT MARKETING SYSTEM that will save you the time and money when selling your Admore home! 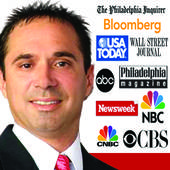 Homes Near Philadelphia Real Estate Blog, authored by members of the James Harner Group, is a wealth of suburban real estate information, trends and new developments. We discuss happenings in the 5 counties surrounding Philadelphia. Created as gathering place for potential buyers, sellers and Realtors to get to know more about Berks, Bucks, Chester, Delaware and Montgomery counties., not to mention the many small towns making up the Philadelphia Burbs. James Harner's true passion is helping families live a sustainable healthy lifestyle and build wealth through sound real estate investment principles.

James was one of the nicest, friendliest, easiest people I’ve ever had the pleasure to work with. Not your typical salesman by a long shot. His ... more

Hi James, just wanted to say thanks for helping find the perfect home for us. The time you spent with us just asking the right questions and ... more

My real estate listings in Pottstown
Contact Me
Interested in selling your home? Contact me to get a customized 201 Point Marketing Plan worth over $20,000
james harner
Call: (484) 727-8378
More of my Royersford homes for sale
james harner
Prudential Fox and Roach Realtors