I recently ran across an old friend,(let's call him Felonius Funk), and we were discussing the many issues facing this country these days, and as the conversation led us to familiar grounds concerning our two industries, real estate for me, and Wall Street for him, we digressed for quite awhile on recent past history, and the current .

effects that it is still exerting on our present and foreseeable future.

What "Felonius" imparted to me was intriguing and maddening at the same time, and I know most people are too busy to pay attention to the players and the moves they are making, because of the smoke and mirrors they use to confuse and obfuscate the true import of their actions. In addition, the complication involved in these manuvers causes people's eyes to gloss over within a matter of seconds of attempted explanation.

This is my small attempt to add to the needed public dialogue about the puppet masters behind the curtain. Without further ado, I give you Felonius Funk, in his own words...

Is anyone angry yet?  Do you listen to your media?  Do you hear it blame "this" bank for making "this loan"?   Rubbish!  A large handful of global banks, investment banks, and insurance companies brought the whole system to its knees two years ago because of their outright overspeculation in a leveraged multi trillion dollar arena known as financial derivatives.  Nobody is talking much about them in our precious media, so they still must be a secret.  Analysts for the various financial firms aren't talking about them when they release their forecasts.  So-called gurus who write investment newsletters aren't talking about them either.  Why is it all so hush-hush?
Can we look at the ramifications today from what happened two years ago?  The Federal Rerserve (which is a private corporation and really has no reserves) cut short term interest rates to the bare bones in order to try to stir businesses into action.  What was the result?  Retired people and senior citizens saw sharp declines in their investment income unless they were willing to take investment risks that they had never before taken in their lives.  These people were used to receiving 3% to 5% for their CDs with their banks with relatively short maturities.  Short term interest rates being basically zero, these people would have to tie up their monies for ten to twenty years to get those kinds of returns or leave the FDIC safety net to obtain those returns with shorter maturities.   Are you angry yet?
Where did the money go that was given to the banks for loans?  I'll tell you one place it did not go:  Multi generation family owned businesses who were used to weekly/monthly borrowing just to replenish normal inventories.  Many of those businesses have shut their doors.  Are you angry yet?
Who paid attention to the Financial Reform bill?  Derivatives are going to trade on a central exchange..........so they can go belly-up right in front of our very eyes instead of us receiving the information second hand from the over-the-counter markets.  The Canadian banking model (high reserve requirements, the purchasing of mortgage insurance, and No derivatives) was not adopted by our Congress hence there are no safeguards to prevent another derivatives debacle from occuring.  You heard a lot of talk about the repeal of the repeal of the Glass-Stegall Act.  I suggest to you that the original repeal is NOT the problem.  The repeal of Glass-Stegall created new competition between the banks, investment banks, and insurance companies.  The results are that insurance rates and underwriting fees are as low as they have ever been.  What Congress failed to address was leverage as it related to investment and speculation and, until leverage is addressed, nothing else really matters.  The result is the resumption of the global high stakes casino.......with your money.  Are you angry yet?  Are you willing to bail them out again?  Are you angry yet?
The sellout of Congress to Wall Street showed us that some of the people fighting financial regulation the hardest were some of the same people responsible for causing the roof to cave in two years ago.  Remember twenty years ago?  A few of the people who ran failed savings and loans wound up as executives of the RTC (Resolution Trust Corporation), the government vehicle used to clean up the mess.  Congress has squandered a golden opportunity to bring some semblance of order back into our financial markets.  No playing field can be considered level if one can continue to be blindsided by derivatives fallout.  What's it going to take for you to get just a little bit angry?
Twenty years ago, we weren't too concerned about government permanently owning private assets.  Government was brought in to clean up a huge mess created by the financial industry in the private sector.  When the situation stabilized, government sold off the assets.  Today it's different.  Take a look at General Motors.  It's fate was dictated by government.  Are you aware of the entity that really kept GM afloat the last ten years?   The real heroes of GM?  Don't you dare say the labor unions!  It was the bondholders.....the people like you and me who owned GM's debt.  The bondholders gave and gave and gave while the unions continued to take and take and take.   Who wound up with the controlling interest in GM as it came out of bankruptcy?   The unions.     Are you angry yet?
Much More To Come
Like favorite_border
favorite_border 0
Re-Blog
repeat 0
bookmark_border 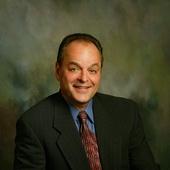 ActiveRain Community almost 12 years ago
bookmark_border
We Got the Funk, Felonius that is...
View more Recent Posts   arrow_forwards