Stuart history begins and ends with it's super SAILFISH fsihing grounds. It is known far and wide as

"THE SAILFISH CAPITAL OF THE WORLD" and for very good reason.

Stuart is located along the banks of the St Lucie River near the inlet to the Atlantic Ocean where fishing is excellent year round. In the 1700s Stuart history was created! Several Spanish sailing vessels carrying gold and other treasure were shipwrecked off the coast of South Florida. Some of this treasure has since been discovered resulting in the region's current name, "The Treasure Coast".

Stuart's history goes back to 1870 when it was settled by a family from Potsdam Germany.  It was originally named Potsdam and renamed Stuart in 1895.  In 1925 Stuart was chartered as a city and named the county seat of Martin County. Current Stuart information

The population of South Florida was sparse until Henry Flagler opened a railway in 1894. Before then travel was primarily by sailing vessels.  The majority of the early settlers were young single men seeking adventure. Most tried their hand at growing pineapples, capturing turtles to be shipped to markets up the coast or hunting alligators and selling their teeth for jewelry.

One of the most significant parts of Stuart history was the opening of the St Lucie Inlet to the Atlantic Ocean.  Initially the inlet was very narrow, shallow and choked by grasses that impeded ship traffic. In the spring of 1892 about 100 locals joined forces armed with picks and shovels.  Four days later after much sweat and blood they succeeded in expanding the opening to the Atlantic that grew larger with the natural action of the waves and tide.  This was the beginning of commercial fishing. Today the Inlet still needs dredging every couple of years because of natural silting of this relatively shallow inlet.

The history of Stuart changed after in Inlet was opened.  Former President Grover Cleveland who was a true fisherman discovered the area and eventually bought land here.  His name has brought many sportsmen here over the years. From the early days to present time Stuart is continuing to make history! Stuart is a great place to work, play and raise a family!  How to get a relocation package for historic Stuart Florida. 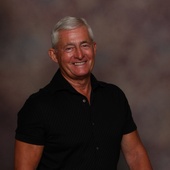