Barbara, that Dave Barry is really quite talented and clever.  Thanks for posting. If you find any of his words of wisdom on How to Argue Effectively and Keep score, I would love to see that.

Silly Sunday: That Irreverant Humorist Dave Barry on "How to Argue Effectively"

In researching tips for effective argueing, I found that Thesaurus.com offers this definition:

While researching a bit more, wouldn't you know,  it, my Attention Deficit Disorder kicked in as I uncovered a column by one of my favorite humorists, Dave Barry.  and I knew that I would save the serious topic of negotiating/argueing the point for another post.  Starting off your day with side-splitting laughter keeps us young and relieves stress, right?

How to argue effectively
By Dave Barry
And not by Stuart J. Williams, Attorney at Law

I argue very well. Ask any of my remaining friends. I can win an argument on any topic, against any opponent. People know this and steer clear of me at parties. Often, as a sign of their great respect, they don't even invite me. You too can win arguments. Simply follow these rules:

Suppose you are at a party and some hotshot intellectual is expounding on the economy of Peru, a subject you know nothing about. If you're drinking some health-fanatic drink like grapefruit juice, you'll hang back, afraid to display your ignorance, while the hotshot enthralls your date. But if you drink several large martinis, you'll discover you have STRONG VIEWS about the Peruvian economy. You'll be a WEALTH of information. You'll argue forcefully, offering searing insights and possibly upsetting furniture. People will be impressed. Some may leave the room.

If an opponent asks you where you got your information, make THAT up too. Say: "This information comes from Dr. Hovel T. Moon's study for the Buford Commission published on May 9, 1982. Didn't you read it?" Say this in the same tone of voice you would use to say, "You left your soiled underwear in my bathroom."

Use meaningless but weighty-sounding words and phrases.

You should also memorize some Latin abbreviations such as "Q.E.D.", "e.g.", and "i.e." These are all short for "I speak Latin, and you don't." Here's how to use these words and phrases. Suppose you want to say, "Peruvians would like to order appetizers more often, but they don't have enough money."

You never win arguments talking like that. But you WILL win if you say, "Let me put it this way. In terms of appetizers vis-a-vis Peruvians qua Peruvians, they would like to order them more often, so to speak, but they do not have enough money per se, as it were. Ergo, ipso facto, case closed. Q.E.D."

Only a fool would challenge that statement.

Use snappy and irrelevant comebacks.

You need an arsenal of all-purpose irrelevant phrases to fire back at your opponents when they make valid points. The best are:

You're begging the question.
You're being defensive.
Don't compare apples to oranges.
What are your parameters?

This last one is especially valuable. Nobody (other than engineers and policy wonks) has the vaguest idea what "parameters" means.

Don't forget the classic: YOU'RE SO LINEAR.

Here's how to use your comebacks:

Compare your opponent to Adolf Hitler.

This is your heavy artillery, for when your opponent is obviously right and you are spectacularly wrong. Bring Hitler up subtly. Say, "That sounds suspiciously like something Adolf Hitler might say," or "You certainly do remind me of Adolf Hitler."

Let's Connect on these other sites, too!

This is a blog we need to discuss at our next meeting. Afterwards, you know, with the glass of wine!

Hey Ruth, let's do talk about this blog and I will have the wine tonight and maybe even some munchies.  Looking forward to seeing you. 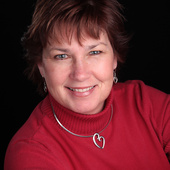