Ask yourself this question: Why are the banks foreclosing so quickly on struggling homeowners?

Why the rush to foreclose on millions and millions of families?

We have already gone through 1.5 million foreclosures and look what it has done for the economy.

These numbers might shock you. But you need to know.

Currently there are 7 million homeowners in default and in some stage of foreclosure. There are 2.3 million more that are late on the mortgage payments.

Shortly we will have 10 million homeowners in foreclosure.

This is a systemic failure of the entire banking system and we need to dig deeper to see what caused it in the first place if we have any hope of coming up with solutions.

We don't have 10 million irresponsible families. We have 10 millions victims. Victims of predatory lending that ultimately crashed the economy and jobs.

It started with the sub-prime, Atl-A, and Pic a payment loans. All predatory products.

There are 7.5 million sub-prime loans.

Why were these predatory loans made available?

Answer: Demand from investors looking to buy mortgage back securities.

And before you call the next guy a deadbeat for not paying his mortgage or say he was stupid to get a loan that he couldn't afford.... I suggest you read and watch what I have to share with you.

And before you give up on this long blog - There is a solution to this mess at the end!

This is one of the most important videos you can watch:

Lehman was brought down primarily by selling liar's loans. It was the biggest seller of liar's loans in the world. And when we look at these liar's loans, we find 90% fraud. 90 percent, and we find that most of the frauds are not induced by the borrower, but they're overwhelmingly done by the loan brokers"

AMERIQUEST - ANOTHER STORY OF MASSIVE FRAUD IN LENDING PRACTICES

In February 2005, reporters Michael Hudson and Scott Reckard broke a story in the LA Times about "boiler room" sales tactics at Ameriquest. Their investigation found evidence that the lender had various questionable practices, including "deceiving borrowers about the terms of their loans, forging documents, falsifying appraisals and fabricating borrowers' income to qualify them for loans they couldn't afford."

Former employees from Ameriquest, which was the leading wholesale lender, described a system in which they were pushed to falsify documents on bad mortgages and then sell them to Wall Street banks eager to make fast profits. There is growing evidence that such mortgage fraud may be at the heart of the entire Financial Crisis.

ARNOLD: Russum says managers encourgaged loan officers to conceal the actual costs and interest rates on loans. He says the bulk of these subprime loans that the company was selling adjusted sharply upwards after two years. The payments would then rise by hundreds of dollars a month.

MR RUSSUM: Let's say the borrower said to the loan officer, the account executive, I don't like the fact that this is only fixed for two years. And the branch manager would come back to him and say, listen, you need to tell these guys it's fixed for as long as they need it to be.

ARNOLD: Even though, Russum says, that wasn't true. The Russum says he started seeing things that were even more over the line. Russum says he was honest with customers, but says many of his co-workers weren't. He says some would "white out" income numbers on W2's and bank statements and fill in bigger amounts basiclly to qualify people for loans they couldn't afford. That was called taking the loan to the "art department.

ARNOLD: Russum says some loan officers would even print up fake fixed loan documents and put them on the top of the stack of papers the customer was signing at their closing.

MR. RUSSUM: Maybe the first couple of documents they saw in their package were fixed rate, and then they would slip in the adjustable rate docs at the end and then trashing the fixed-rate docs.

Michael Hudson, investigative reporter who wrote Merchants of Misery: How Corporate America Profits from Poverty. He is also author of The Monster: How a gang of predatory lenders and Wall Street bankers fleeced America - and spawned a global crisis which will be published in October 2010 by Times Books. The book focuses on two firms - Ameriquest Morgage and Lehman Brothers - that were key players in the rise and fall of the subprime mortgage industry.

Hudson wrote for the Center for Reponsible Lending. He found evidence that the banks had "engaged in unsound and abusive lending during the mortgage boom, routinely making loans without regard to borrowers' ability to repay." Shortly before the bank was seized by federal regulators, an IndyMac spokesman dismissed the report as a "hit piece" that "relies on unsubstantiated anecdotal evidence." The U.S Department of the Treasury inspector general's office later reported that it's invistigation indicated that IndyMac had done "little, if any, review of borrower qualifications, including income, assets and employment.

PREDATORY LENDING: A DECADE OF WARNINGS

A little more than a decade ago, William Brennan foresaw the financial collapse of 2008.

As director of the Home Defene Program at the Atlanta Legal Aid Society, he watched as subprime lenders earned enourmous profits making mortgages to people who clearly couldn't afford them.

"I think this house of cards may tumble some day, and it will mean great losses for the investors who own stock in those companies,"

he told members of the Senate Special Committee on Aging in 1998.

It turns out that Brennan didn't know how right he was.

I HIGHLY suggest reading this website. There is a lot of info, charts and videos.

SO WHY THE RUSH TO FORECLOSE?
Are the banks rushing through the foreclosures to hide the fraud that can be found in the mortgage documents? What do you think?

IS THERE A SOLUTION TO THIS MESS?
Short of a lot of lawsuits and bankers going to jail, there just may be something that can be done to save us from this catastrophe.

Sound like a crazy plan? Well the professors at the Columbia Business School think it can work and stimulate the economy at the same time.

Benefits of the plan include: 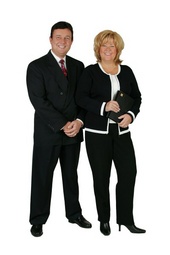 Real Estate General Information about 11 years ago
bookmark_borderbookmark
Where Are All The Foreclosures in Seattle?
View more Recent Posts   arrow_forwards