Check out our recent publications:

Are they Up or are they Down? Canadian Home Prices in the News:

The Canadian Real Estate Association released their September sales figures this week and half the media headlines announced a slight increase in sales while others reported a 20% decline in sales.  So are sales up or are they down?  CREA's seasonally adjusted (a statistical method for removing the seasonal component of a time series) sales increased 3% in September.  But when we compare sales in September 2010 against the same month in the previous year, sales were down 20%.

Home sales rise slightly in September (Globe and Mail)
Home sales in September rose 3 per cent from a month earlier, while prices slipped back to year-ago levels.

September home sales drop 20% compared with 2009 (Toronto Star)
One thing that's keeping pricing from dropping further is that new listings remain 15 per cent below the peak reached in April, as some vendors have decided to take their homes off the market.

September home sales down: CREA (CBC)
April was the busiest month for home sales this year, and activity in September was 15 per cent below that level. It's expected annual comparisons will pale for the next several months because of the inflated levels seen at the end of 2009.

New Home Prices Up in August

Canadian new house prices up in August (Toronto Star)
The monthly Statistics Canada new home price index rose by 0.1 per cent, after declining by the same amount in July, according to figures released Wednesday.

Economists want BoC to keep raising interest rates (CTV)
The central bank does not acknowledge the advice of the think-tank's council of economists, but panel chairman William Robson says the recommendations have a good track record in predicting the bank's policy direction.

Banks move to cut fixed mortgage rates (CBC)
Up until six months ago, fixed rates were popular, Tzaferis said, and banks pushed people into them, hoping to lock in the profits to be had in the spread between what they paid to borrow and what they earned to lend.

This is a good summary. It's interesting to see the headlines and whether the facts recited in the artcicle actually support the headlines. 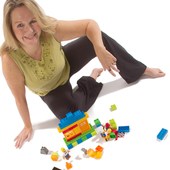 Okanagan real estate statistics, properties for sale, community events and localized information about living in the Okanagan Valley, BC Canada.