If a homebuyer missed the April 30th deadline for the first-time homebuyer tax credit, then there will inevitably be some confusion about Congress's latest attempts to extend the benefits a few months. Headlines in the news, at first blush, can -and often will be, even deliberately so- be misleading. The truth is that if you missed out on your opportunity to take advantage of the $8,000 tax credit, then you are still out of luck.

However, if you signed the contract before April 30th for a qualifying home, and hadn't managed to get to closing before June 30th, then you're still in luck.

Rushing to beat the deadline

Apparently the government decided that three months from initial contract signing to closing wasn't enough time for some of the homebuyers, so they extended that date to September 30th instead. While this simple adjustment will certainly help some homebuyers, the question it raises is the level of confusion, disappointment, or concern it could raise with other homebuyers who simply were unable, or unwilling, to sign initial contracts by the April 30th deadline.

In May, the National Association of Realtors (NAR) reported a historic drop in home sales of more than 30%, and a large contribution to that decrease was the end of the tax credit. These numbers were based on pending sales, meaning the initial contracts were signed but the closing hadn't been completed yet. Homebuyers who had been looking for a home through March and April, and maybe even having found one, could have been delayed signing the initial contracts for a number of reasons and thus missed out on their chance at an $8,000 tax credit from the government.

Moving forward, what does this mean?

At this moment in time, many potential or would-be homebuyers are watching the activity in Washington for any sign that another full extension of the tax credit might be in the works. After all, moving to extend the final deadline date for closing could indicate that the program was successful in motivating people to purchase homes for the first time. But what are the chances that we will bear witness to this level of government intervention in the near future again?

After all, if it hadn't been for this program, the entire real estate industry could have seen a continued drop in home values, and a very slow recovery. Yet in the current economic -and even more importantly, the political- climate, it appears that another stimulus is unlikely to pass Congress to get people back out into the home-buying market.

Read between the lines?

Still, many people want to read between the lines, no matter what happens in D.C. and they will purport to watch and wait, rather than take advantage of the great deals that are readily available within most housing markets throughout the country. If clients are uncertain or reluctant to purchase a home at this point in time because they are playing a wait and see game with whether another tax credit is in the making, then it may be incumbent upon you as a real estate professional to enlighten them about the money they can be saving by snagging a great deal on their dream home as opposed to waiting for the government to get another program passed, signed, and implemented.

The tax credit served a purpose and many homebuyers took advantage of it, but with the historically low interest rates combined with resale values in many markets coming in a less than half of what they were just a few years ago, most homebuyers would save far more than $8,000 by closing a deal now.

The moral of this story is that headlines can be misleading and Washington intervention still isn't going to put as much money back in people's pockets as acting now and signing their dream home today. 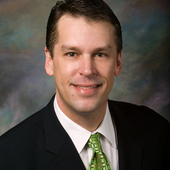