Like:
Home > Blogs > Rock Earle > From Where I Sit: Real Estate in the Golden Corridor

Hindsight is really wonderful and clear, as we all know.  Looking back, I could not have written our first ROX REO 1 progress report at a better – or perhaps worse -  time than June 2010.

We had just closed our first round of residential  REO resales, and our time-adjusted yields looked on target and good;  the residential brokerage business was posting really healthy numbers, and I felt smart – briefly – again.  When asked if the federal tax credits had played a role, I said “not so much” but feared “maybe a little.”

The weeks rolled on with no action at all, except for one that got bought back immediately by the bank – that was nice.   ROX Residential was still posting good brokerage volume.  We checked and re-checked our numbers but couldn’t explain why nothing was selling.  In August our slope got really slippery, and we lowered a few of our asking prices.  Still naught but deafening silence.

Finally, in September we experienced a bit of an activity spike;  personally, I suspect that the buying public decided then that there would be a sea change in government in November – you know what I mean -  and heartened, loosened their purse-strings a little.  And finally, after a few more price reductions we put two of our older fix-ups in sale escrow;  both should close in profit this week, although at lower-than-hoped [time-adjusted] yields.   It is now obvious to me that the market was artificially pumped in the spring and early summer, and prices did indeed erode over the summer.

But oddly enough, except for a spate in July during which I personally bought a lot [as the fund was fully invested], there has been quite a dearth of product coming up for auction, and what has made it to the courthouse steps has opened way too high, causing a higher percentage of offerings to revert to the lenders.  Nevertheless, and notwithstanding what you hear on CNN, the foreclosure moratoria are being lifted, we are starting to see a healthy new flow come to auction, and we are buyers again…just in time for a recovering sales environment…?

We’re going to take a commercial break now, but don’t touch that dial, because when we come back… 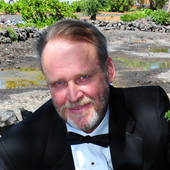