Recently, a friend decided to buy a FSBO without the aide of her trusty agent/broker.  She and her husband found a home, negotiated the deal, put the earnest money down and then moved on to the inspection.  The inspection revealed many problems and they decided to terminate the contract.  The seller was very angry and refused to sign the release for earnest money--mainly because she was outside the 10 day option period.  She thought it would be ok, since he wa a very nice guy.

Several days of angst passed and finally they did get their money back because the lender refused the loan due to the inspection.

Realtors protect you from yourself in many ways and guide you through the process as if the property is an investment and not just an emotional commodity.

Thought for the day:  Get a Good Realtor!

Oh so true!!!   Better to have some one watching out for you!  it can get very ugly!!

Jackie:  You are so right!  All she had to do was call her friend and you would have helped them through the process and possibly even negotiated the inspection issues to a successful conclusion.  Carrie

Most people truly think that buying a home is like buying a car. They're sadly mistaken and a mistake of that magnitude could be very costly. 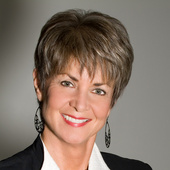