False Cape is a Virginia State Park in Virginia Beach located between Back Bay National Wildlife Refuge and North Carolina.   There is no vehicular access to this park.  The park covers  4,321 acres on a barrier spit between the Atlantic Ocean and Back Bay to the west.

You may access the Park in the following ways.
-Walk or bike the five miles through Back Bay National wild Refuge.
- By boat across  Back Bay
- Tram from April 1st to October 31st.
- Beach transporter.  You must call to make reservations.

False Cape got it's name from the ships trying to reach Cape Henry to enter the Chesapeake Bay.  These ships often mistook False Cape for Cape Henry and run ashore.  The water became shallow quickly and sandbars appeared without notice.  Some of the first Europeans to settle False Cape were survivors of these groundings.
Life saving stations were located every 7 miles.  The Life-Saving Station in False Cape was completed on December 4, 1874.  It was located near where False Cape Landing Ocean campsites are today.  The compound also included an observation tower and a boathouse.  Two men would patrol each night, one walking north and the other south.  Each walked 3.5 miles to meet a crew member from the adjacent station where they would exchange a token to prove they had completed their patrol. In 1915 the Life-Saving Station Service was merged with the Revenue Cutter Service to from the U.S. Coast Guard. False Cape is a Virginia State Park in Virginia Beach was decommissioned in 1937.  The station was sold to a private individual and in 1969 it was struck by lightning and burned down. Visit the Wash Woods historical site where the only remaining evidence of these community are headstones and the steeple from a church.  At it's busiest time in the late 1800's there were about 300 residents, and it could support a small store and a one room school.  Eventually sand began to approach the farmland ant the storms took a toll on the community.   Things to do: - Learn about the natural and cultural history of False Cape by participation in one of their interpretive programs. - Hike or bike the trails through the park. - Camp at one of 12 primitive campsites. - Swim or surf. - Canoe and Kayak on Back Bay. - Fish the ocean or Bay. - Observe wildlife and beautiful sites.
For more Information call  757-426-7128. To SELL or BUY  Real Estate in Virginia Beach or Hampton Roads visit my website. http://www.tererottink.com/  visit my Blog at HamptonRoadsrealEstateVoice.com

Great information Tere. We are really lucky here in Hampton Roads with all the great historical landmarks and parks we have to visit.

This looks like a place, I'd like to visit.  Short of remind me of Assateague and Chincoteague Islands.  Is it open year round?

Good information.  I own a residence at the Sanctuary right next to False Cape and this is the most information that I have seen on this best-kept secret in Va. Beach.

As for me I'd realy like to visit thuis park in the nearest future! 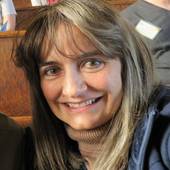