My son Ted has been living in Ajijic (Lake Chapala, Mexico), for 18 months now and we have been visiting Mexico for over 40 years.  Needless to say that there are some downright frightening things happening related to drug cartels and violence.  The overwhelming majority though is along the border towns and is fueled by the USA's insatiable thirst for drug use.  The violence and drug market would pretty much vanish once the demand was gone along with the money. Mexico is a HUGE and diverse country and I feel safe and at ease in Ajijic.

There are plenty of frightening communities right here in the US experiencing drug violence.  I bring this up because often when asked about our children, when it comes around to Ted, and him living 40 minutes outside of Gualalajara at Lake Chapala, the color usually leaves their faces, their mouths are agape and the look of disbelief it incredible.

The community of Ajijic is one of the largest expatriat communities in Mexico and is situated along the shores of Mexicos largest freshwater lake.  There are thousands of retired Canadians and Americans living and loving it there. The community is wonderful and the excellent weather is world class. So if you are looking for real estate in one of the best climates in Mexico? Think Lake Chapala and Ajijic Mexico!

There is a great new real estate portal launched this year called AccessLakeChapala.com. Get in touch with Mario Garcia; he is a friend of my son Ted in Mexico. He runs this new interactive real estate portal in Lake Chapala Mexico. The site AccessLakeChapala.com offers one of the most interactive virtual experiences for real estate in all of the towns that surround the Chapala Lake, including: Ajijic, Chapala, San Juan Cosala, Raquet Club, San Antonio Tlayacapan and Jocotepec Jalisco.  Mario has a team of guys that take users further into each listing, by virtual tours, Google maps and high quality pictures of each property.  They also feature a great video and informative blog.

If anyone is interested on knowing more information on the site, get in contact with Mario Garcia. Tell them Ted’s dad sent you! 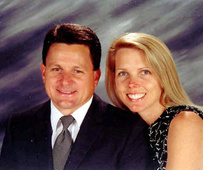 ActiveRain Community over 12 years ago
bookmark_border
Why some properties sell and others just sit.
View more Recent Posts   arrow_forwards