The town of Braintree has elected to have a Mayor and the Preliminary Election is
Tuesday, September 25, 2007.  So learn about the 4 candidates and remember to get out and vote for Mayor.

Catch the first debate on BCAM, it will show the rerun of the debate which was held.

The candidates are (in alphabetical order):

(I added the candidate names after Loris question.)

Who are the candidates?

You have got love that Braintree is getting a Mayor.  Grab a cup of coffee from Dunkins and head to the polls. 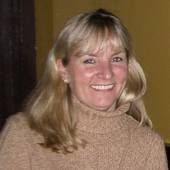